Jan Blachowicz and His Wife

Jan Blachowicz is the current light heavyweight champion in UFC. The polish mix martial artist started his professional career back in 2007 and is a former KSW light heavyweight champion. The fighter joined the UFC in 2014 and now is the second-ever individual from Poland to be a champion in UFC history. Jan Blachowicz ranks seventh in the UFC men’s pound for pound rankings.

Błachowicz made headlines after winning the vacant light heavyweight title last year against Dominic Reyes. After that, he successfully defended it against middleweight champion Israel Adesanya. But before all this glory and popularity, Błachowicz has gone through a lot. At one time his career in the UFC was in danger and throughout this time he had her partner Dorota Jurkowska with him.

Who is Dorota Jurkowska and What Does She Do?

In the year 2017, UFC was looking to cut off Błachowicz from the contract but Jurkowska persuaded UFC to give Błachowicz another chance. She used Błachowicz’s popularity in Poland to push UFC to keep him in the promotion. 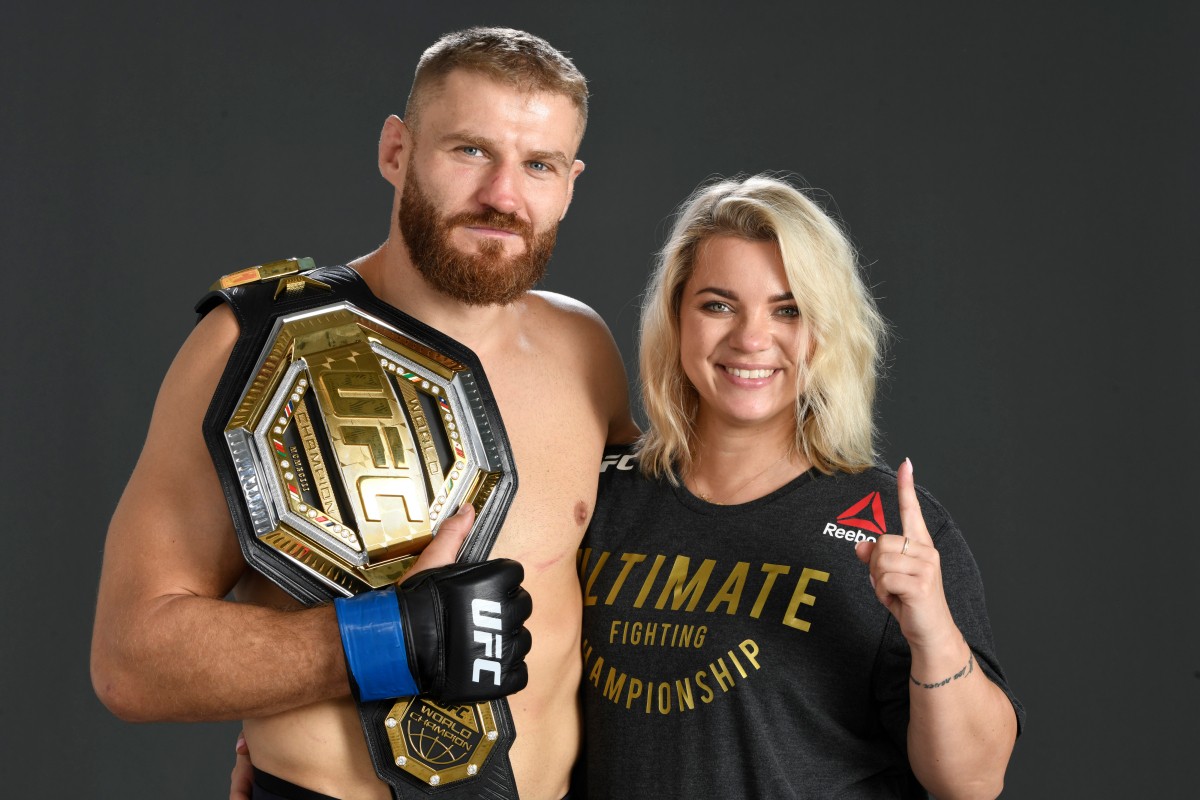 All the struggle got paid when Błachowicz defeated Devin Clark and went on to revive his UFC career after that. In an interview with RT Sport, Błachowicz spoke highly about her fiance.

According to the fighter, without Jurkowska, he wouldn’t have become the champion. Jan Błachowicz revealed that she was with him when he had no money or fame but she supported him throughout the journey.

The couple is engaged and will get married in near future. They have a son together who was born last year. After his birth, Jan Błachowicz took to Twitter and wrote ” The royal line sustained, The heir to the throne is with us! ”

Dorota Jurkowska and Jan Blachowicz have a son

Dorota Jurkowska and Jan Blachowicz have a son together who was born in December of 2016. Błachowicz posted a picture of his adorable son and called him “the heir to the throne”

The royal line sustained 😁 The heir to the throne is with us!

Thank you Dorota, you are incredible! You are a better fighter than the UFC champion 😉 Proud dad. #LegendaryPolishPower #longlivethefighters pic.twitter.com/99eQfFY4mY

Błachowicz’s son is almost two years old and he is already taking after his father. For his latest bout against Aleksandar Rakic, Jan Blachowicz had to cut weight to make the 206lbs limit. Weight cutting is not an easy task for the fighters. However, Jan’s son tried to motivate him by trying to cut weight himself. Blachowicz posted a picture of the incident on his Instagram.

The champion will defend his title against Glover Teixeria at UFC 267. The fight will headline the event which is all set to take place on 30th October at Yas Bay Arena in Abu Dhabi. The fight has great hype among the UFC fans all around the world.

It will be interesting to watch if the champion continues to keep his throne and dominate the division or the challenger makes his way to the top.