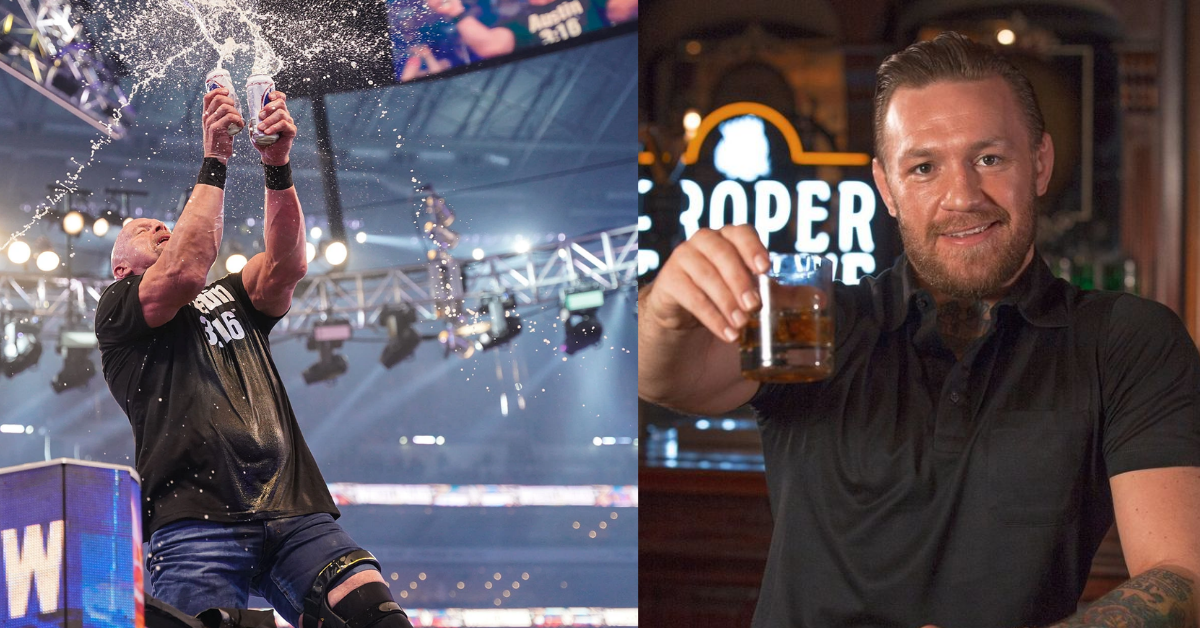 Conor McGregor takes to Twitter to take a jibe at WrestleMania. The former two-division UFC Champion has often been linked to WWE. While McGregor has shown no real desire to compete inside the WWE ring, he joked about appearing on WrestleMania 38 in the latest tweet.

“Why wasn’t I at WrestleMania?” he wrote on Twitter. “They all fear me, that’s why.”

WrestleMania 38 Night 2 became a huge success, especially after the surprise comeback of Stone Cold. It was a great feel-good moment that had the AT&T Stadium on its feet. Steve Austin shared a beer with his brother at the end of WrestleMania 38, Night 1.

The atmosphere at AT&T was so epic that even Conor reacted to Stone Cold Steve Austin’s surprise re-appearance during Mr. McMahon vs Pat McAfee.

“Me at the Black Forge Inn!” he said, referring to a video of Austin downing beers.

Will Conor McGregor join WWE in the future?

Conor McGregor is one of the most well-known athletes in the world today, and his controversial acts outside the Octagon have kept him in the headlines most of the time.

After the fateful night at UFC 264, the Irishman is still recovering from a broken leg. Many people have suggested that McGregor’s career is over now and he won’t be the same athlete he was, before the injury.

In this uncertainty, people have speculated that after a finished career in the UFC, McGregor might join WWE next.

McGregor has long been viewed as a natural fit, not only due to his fighting ability but also because of his trash-talk and his ability to draw eyes to the product. ‘The Notorious’ is someone who loves to be in the headline anyway.

Conor potentially making the transition to WWE from the UFC has been teased for several years now. Fans have watched big names such as Floyd Mayweather, Tyson Fury, and Cain Velasquez come into WWE for short stints and one-off matches.

McGregor is currently in Ireland and is already training for his potential UFC return. If all goes according to plan, a return to the Octagon in late 2022 looks highly likely.

Why Did Kelvin Gastelum Pull Out of UFC 273?