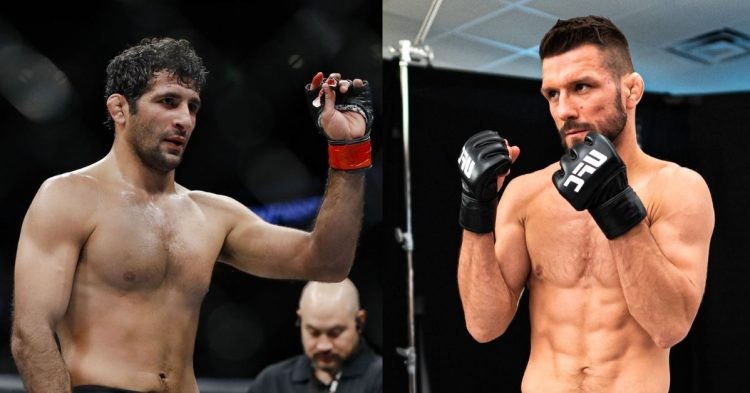 The road seems quite confusing for Beneil Dariush, who has found it difficult to land a fight against a top name ever since his victory over Tony Ferguson back at UFC 262. Dariush has not fought since May of 2021, with no sight of an opponent next to his name.

However, it seems like that’s all going to end now, with UFC President Dana White expressing his interest in a potential Beneil Dariush vs Mateusz Gamrot next.

Says Gaethje would be his choice.#TheMMAHour

Earlier scheduled to take on Islam Makhachev, the match-up was pulled off after Dariush had to withdraw from the fight owing to a leg injury he sustained while training. The fight was not postponed to a later date, as Bobby Green took on the Dagestani fighter on short notice.

Dana White was mighty impressed with Gamrot’s performance against Tsarukyan last weekend at UFC APEX. While Gamrot showed a desire to take on Justin Gaethje next, it seems like White has other plans.

“The main event was high-level, incredible, just an amazing fight. You are talking about #11 and #12 in that division. You know what I mean, it was special.” White said on Arman Tsarukyan vs Mateusz Gamrot.” White said.

“What I love is, I love Gamrot, Dariush, when he comes back. Match-making meeting tomorrow boys.” He further added.

Gamrot is on a four-fight winning streak, with his last loss coming against Guram Kutateladze; a fight many believe Gamrot won. Other than that sole loss, Gamrot boasts an impressive record of 21-1. Needless to say, with a spectacular win over Arman Tsarukyan, Gamrot deserves a top name and Beneil Dariush makes absolute sense.

Gamrot is ranked #8 in the UFC’s lightweight rankings, while Dariush sits at #6. Both the fighters are on an incredible win streak and are a win or two away from getting a shot at the title belt. It’s a stylistic match-up with two absolutely lethal strikers and incredible wrestlers.

While Gamrot could be back inside the Octagon later this year, there’s no clarity as to when we could see Beneil Dariush back inside the cage. “I have no clue” White said when asked about the potential return date of Dariush.