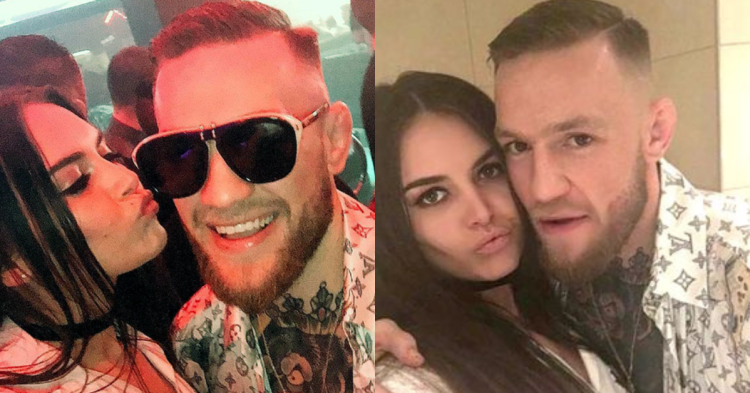 Conor McGregor has been accused of cheating on his wife and fathering a daughter with Terri Murray. (Credits: YouTube)

Conor McGregor is known for the drama he brings. However, on recent occasions, most of the drama has occurred outside the Octagon rather than inside it. Most notably, one of the biggest controversies surrounding Conor remains his cheating scandal from 2017.

Previously, it was rumored that “The Notorious One” is fathering a daughter with another woman. As it turns out, Terri Murray, a Liverpool resident, believes that her daughter Clodagh is the result of an alleged all-night romp with the UFC star. Moreover, the woman also gave a detailed account of the sequence of events leading up to her pregnancy.

Speaking to the Daily Mirror, Murray said, “I just want to prove he is Clodagh’s dad and I’m not lying. If he gets that DNA test, I’ve said ‘You never have to speak to me again, you can walk away.” According to Murray, she met the Irish star at the Mansion nightclub and was then led to his hotel suite at the Hilton. It was here that pictures of Murray and McGregor emerged, sparking many rumors.

Further, Murray claims that she and the UFC fighter engaged in coitus on two separate occasions within 3 days. As such, it was exactly nine months before she gave birth to her baby daughter. At the time, Terri filled an “initial inquiry form” for child maintenance, citing McGregor’s name as the “respondent”.

In his response to the whole incident, McGregor firstly denied being the father of Clodagh and insisted Terri slept with one of his friends instead. Additionally, the 34-year-old also took a DNA test to prove his case. In late 2019, based on the result of the DNA tests, McGregor was proven to be unrelated to the baby.

Has Conor McGregor cheated on his wife before?

Previously, Conor engaged in a Twitter feud with boxer and YouTuber Jake Paul. Following Conor’s response to his PPV buys, Jake revealed some scandalous information regarding McGregor. In a callout video, Paul mentions that McGregor was ‘more actively cheating on his wife than fighting inside the Octagon’.

Additionally, Jake made a witty remark about Conor ‘sharing hookers with Dana White.’ Not only that, but ‘The Problem Child’ went on to add the leaked clip by the “hooker” where McGregor is seen laying on the bed. Further, Jake mentions how the Irishman’s PR team has tried very hard to hide the video from the public eye.

Interestingly, McGregor never truly addressed the allegation. However, it is understood that the couple has since put the matter behind them. Currently, McGregor and fiancée Dee Devlin have three kids, Conor Jack, Rian, and Croia. On numerous occasions, Conor has expressed his love and affection for his partner, even insisting that he wants to have a movie made about their relationship.

Together for more than 15 years now, the pair have seen their fair share of drama. Most recently, Conor was accused of assaulting a woman on his yacht, and will seemingly have to see out another legal nightmare. Although the accusations have been denied by McGregor’s representative, the matter is expected to unfold further in the near future.

What did you make of McGregor’s cheating scandal? Do you believe there is credibility to Terri Murray’s claims? Will he be making more appearances in court rather than the Octagon? Leave your thoughts in the comments below.