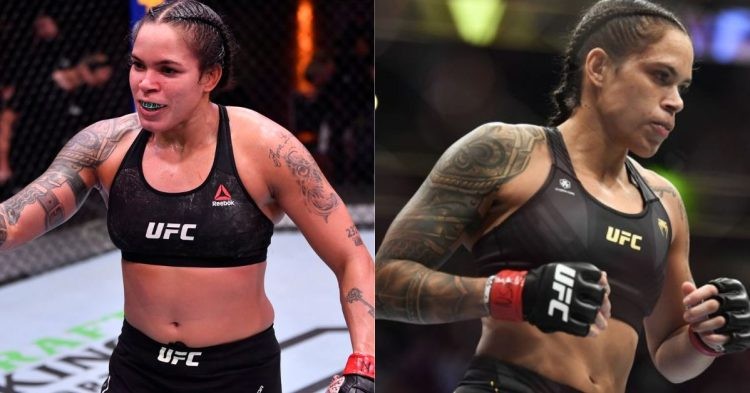 Amanda Nunes is widely regarded as one of the greatest female fighters in the history of UFC. After making her UFC debut in 2011, the Brazilian fighter has fought against the biggest names and has brutally dominated them.

Her achievements and contribution to the growth of UFC speak volumes of her greatness. The Lioness is the only female fighter to hold two belts in different divisions simultaneously. Amanda Nunes has amassed a brilliant record of 15-3 in the UFC and has defended her titles successfully on nine occasions.

In her glorious UFC career so far, Nunes has defeated big names like Ronda Rousey, Valentina Shevchenko, Cristane Justino and many others. She has almost cleaned up the top contenders of the bantamweight and featherweight division and is on the path to sweeping once again.

However, let’s shift the topic from her dominance in the UFC and take a look at all the tattoos and try to understand the meaning and story behind them.

How many tattoos does Amanda Nunes have?

Amanda Nunes has ten tattoos on her body and there is a significant meaning behind getting each of those ten pieces inked. Speaking about which, the most notable tattoo of Nunes is the Armor shield on her upper right arm.

It appears exactly like the shields that warriors used to take along during their battles and the reason behind getting this tattoo was because Nunes wanted to cover her previous tattoo of the ninja ribbon.

Amanda’s next tattoo is the one on her upper back which has her initials Amanda Nunes along with her nickname The Lioness inked on it. This tattoo also contains a portrait of half of her face and half of the lioness. The UFC champion’s belief in being The Lioness is clearly depicted through this tattoo.

On the left arm of the Brazilian fighter consists a tattoo of an owl. The bird is widely considered a symbol of prosperity, wisdom, the protector of the dead and many other things. This beautiful tattoo was done in 2017 by a tattoo artist based out of Florida.

Amanda took to social media and thanked the artist for his brilliant work. Interestingly, the upper left arm of Nunes contains a tattoo of her niece’s name Anna Lara inked. She also has a tattoo of her daughter’s name Raegan inked below her left collarbone.

The reason behind getting this piece inked was to celebrate their love life and Amanda got this tattoo done on valentine’s day as a special appreciation for her girlfriend. Nunes’ last tattoo is on the left leg’s calf muscle and contains the popular character Super Mario.

The meaning and story behind getting this tattoo are not available. In the end, it is needless to say that Amanda Nunes has very interesting designs of tattoos inked on her body.