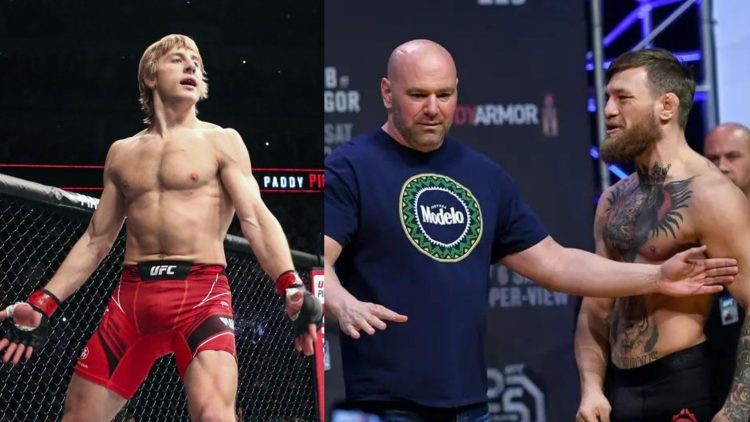 Another UFC London card is in the books as the fight fans celebrate another win of Paddy Pimblett. Even though Tom Aspinall was not able to secure another victory in the main event Molly McCann made sure that she delivers violence to the fans in the O2 arena.

UFC London, Aspinall vs Blaydes was a disappointing card when we compare it to the last UFC London card, which took place in March 2022. However, except Tom Aspinall, who suffered a freak injury, all the major British stars delivered.

After UFC London, fans have already started speculating who should Paddy Pimblett fighting next. Riding a three fight winning streak in UFC, Pimblett has a lot of hype behind him.

Paddy Pimblett has confirmed that he will fight one more time in 2022 after his win against Jordan Leavitt. And with the possibility of him fighting in the United States, some fans campaigned for a Conor McGregor vs Paddy Pimblett matchup in 2022.

Both Conor McGregor and Paddy Pimblett are two of the biggest stars in the division. However, Pimblett is still unranked and he will have a better journey in UFC if he goes through the ranked UFC lightweights before fighting a huge name such as Conor McGregor.

It’s also hard to imagine a scenario where Conor McGregor, who has title aspirations, fights someone outside the UFC rankings. It won’t be surprising if Conor McGregor fights for the title straight away after his UFC return.

Fight fans reacted to a potential matchup between Conor McGegor and Paddy Pimblett and tweeted:

HAHAHAHAHAAHAHAHAH. This has got to be the worst tweet of all time

Conor McGregor has resumed his MMA training after a long recovery from the leg injury that he suffered at UFC 264. The former champion, Charles Oliveira, who takes on Islam Makhachev at UFC 280, has already shown interest in fighting McGregor over other UFC lightweight contenders.

Even if Makhachev wins, a fight between Khabib’s teammate and McGregor can be a huge PPV event. However, it all depends on when The Notorious is planning to make his return.