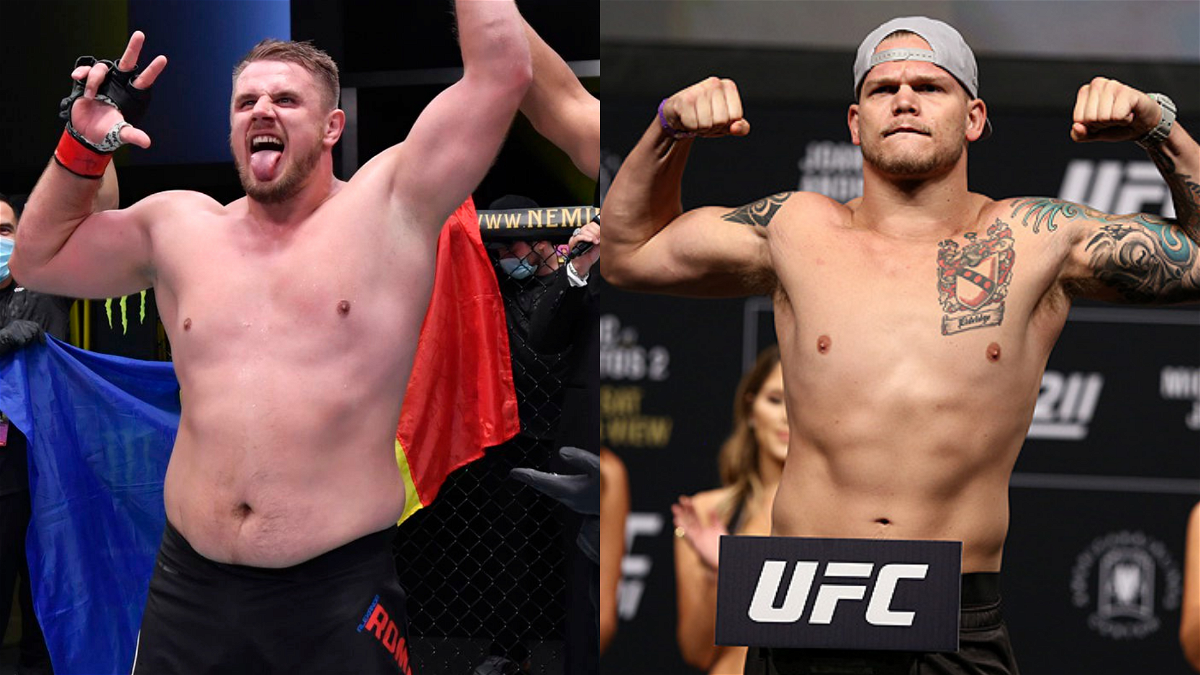 Alexandr Romanov vs. Chase Sherman is set to go down in a Heavyweight showdown this weekend at UFC Vegas 52 on the 23rd of April.

Alexandr is currently undefeated, with an unblemished resume of 15-0. He has won 6 of his fights by knockout, 8 by submission, and one by decision. In the UFC, he has 4 stoppages overall under his belt.

“King Kong” is coming off a TKO win over Jared Vanderaa at UFC Fight Night 194 this past October. Romanov is a massive favorite at -1500 over the underdog Sherman who is at +850.

Meanwhile, Chase Sherman was on a 3-fight losing streak, before he was cut from the UFC. He has been retrieved back to serve as a replacement for Tanner Boser, who withdrew from the fight after suffering an injury.

“The Vanilla Gorilla” has taken this fight on short notice of almost less than a week. He has far more experience; 15-9 as a professional record, with 14 knockout wins and 4 knockout losses.

Romanov is a rising heavyweight prospect who has won every fight in a dominant fashion. He is a wrestler who uses basic striking to set up a takedown. And once he gets the legs, he implements his violent ground-and-pound to overwhelm his opponents until they give up their backs, so that he can secure a submission win.

The Moldovan has a style and personality which has made him quite a household name if he isn’t already. He uses his immense size very effectively; often rushing out of his corner to make it a messy brawl.

“King Kong” has shown average basic skill on the feet, but he has yet to face an actual UFC striker. Romanov is very dangerous when he’s on the ground. He uses his superior grappling to transition into full mount, followed by a series of brutal hammer fists, which often crushes his opponents.

Sherman has shown quite the courage for taking this fight on short notice. He is a power puncher who often fights in the pocket and goes for a brawl instead of using any technique.

Yet, Sherman’s chin has not held up against other UFC heavyweight power and he’s been finished by knockout 4 times before. He is comparably leaner in the division despite a walking weight of 250 pounds.

“The Vanilla Gorilla” uses his size to close the distance and he does have a heavy right hand. Once, he lands it on the chin, he has shown the ability to finish off his opponents. But unfortunately, he doesn’t have much time to prepare and with his lack of better technique and training camp, it’s unlikely to see him winning this bout against a more active fighter.

I believe Romanov has the upper hand in this bout. He is relatively shorter but carries more weight than Sherman. Also, he is more active with a phenomenal display of fight IQ inside the octagon. And with his full training camp and sharper technique he should maul Sherman to secure an early victory.

Sherman has already earned a lot of props for taking this fight on short notice and it might earn him another contract; but, realistically speaking, Sherman has very little chance of winning against Romanov.

In my opinion, this fight is already lopsided and Romanov will likely end this bout violently and quickly. I would be very surprised if Sherman manages to withstand the “King Kong” and get a win.