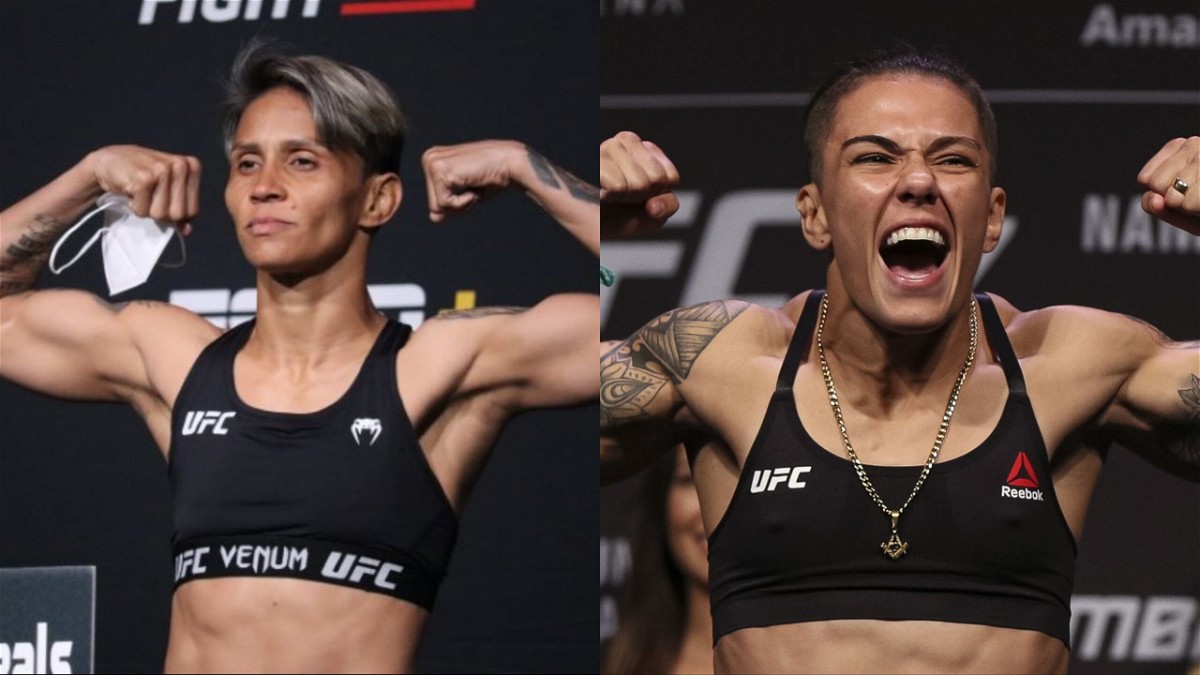 Amanda Lemos will fight Jessica Andrade in the main event of UFC Fight Night this weekend on April 23. The winner of the fight will most likely be in line for a big fight in the Strawweight division as they climb up the ranks and potentially break into the top 5.

Jessica Andrade has previously held the 115lbs title before as she defeated Rose Namajunas previously at UFC 237. But since then she lost the belt to Zhang Weili. Jessica also lost the rematch to Rose the second time around. With two back to back losses in the division, she moved up in weight and beat Katlyn Chookagian to earn a crack at the Flyweight title.

The fast-rising contender welcomes the former champ back to strawweight ????

But she once again failed to get her hands on a UFC title after being beaten by 125lbs champion Valentina Shevchenko at UFC 261. Andrade came back to Strawweight once again and beat Cynthia Calvillo. Now she finds herself matched up against Amanda Lemos who is ranked no. 10 and is on 5 fight win streak.

Although Jessica Andrade is 4 years younger, she is much more experienced than Amanda Lemos. Although she has 9 losses, Andrade lost her last few bouts to fighters who all have held championships in the promotions.

Lemos on the other hand has been on a decent run after serving the 2-year ban imposed on her by USADA in 2017. The 34-year old is coming off a decision win over Angela Hill. Amanda holds 7KO/TKO victory in her career.

However, she has not fought any of the top fighters in the division unlike her opponent this Saturday. Although Lemos is a good striker with the reach advantage, Andrade is much more dynamic in every aspect of the game.

Jessica Andrade has explosive power and speed. She even possesses great ground skills as well. Although the 30-year old does not use grappling often in her fights, her slam KO of Rose Namajunas was stunning. She also has great cardio and her power carries late in the fight.

The fans can expect an exciting brawl early in the fight. Lemos will try her best to get a TKO victory against Andrade similar to Zhang Weili. However, if the fight goes past 2 rounds, the former champ will definitely have the upper hand.