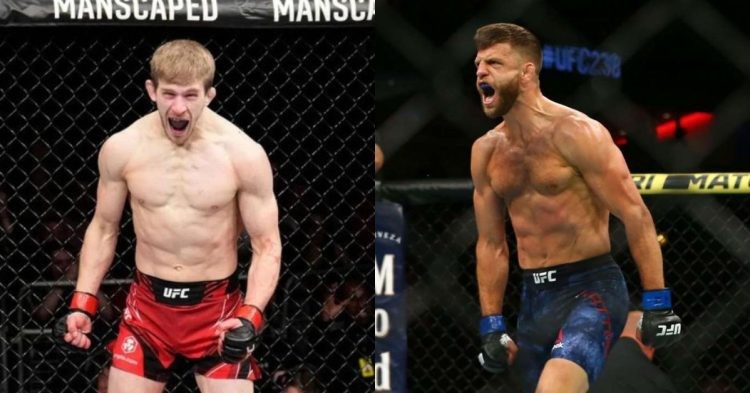 The American is coming off of a close decision loss to fellow contender Josh Emmet in a five round war. The Englishman, however, has been on quite a tear through the decision, with his last win being the biggest of his career, against the well known lightweight fighter Dan Hooker.

Both the fighters have title aspirations in their mind, and motivation fueling their hearts.

The bout would be five rounder contested between two really skilled featherweight, both of whom have title aspirations.

Following his devastating decision loss to the all time great and on of the best featherweights of all time, Max Holloway, Kattar has shown substantial growth. Claiming to be the “Best boxer in the UFC”, ‘The Boston Finisher went on to lose in what seemed like a exhibition match for Holloway, as he pulled off a lot of tricks in the octagon which comfortably outpointing and hurting his opponent multiple points.

The fight gave Kattar a lot of motivation to grow as a martial artist, and his skills were quite on display at his bout with a prospect with a lot of hype behind him, Giga Chikadze. Kattar proceeded to dominate him, coming close to finishing him in the last round. A lot of viewers even had Kattar winning the fight against Emmet.

Undefeated in the UFC, Arnold Allen has been on a tear. With his last win coming via TKO against one of the most well respected and well known guys moving down from lightweight. His quick finish against Dan Hooker, who has fought the likes of Dustin Poirier, giving a competitive fight.

The fight could very well be called anyone’s fight. The fighters are really well rounded, with Kattar’s inculcation of wrestling in his arsenal and improvements in his clinch work and elbows. Allen has also shown significant growth, and with his devastating punching power. Though we’ve seen Kattar go the extra mile and take one to give one with his granite chin at play, it may very well be an imperfect game plan against someone as powerful as Allen.