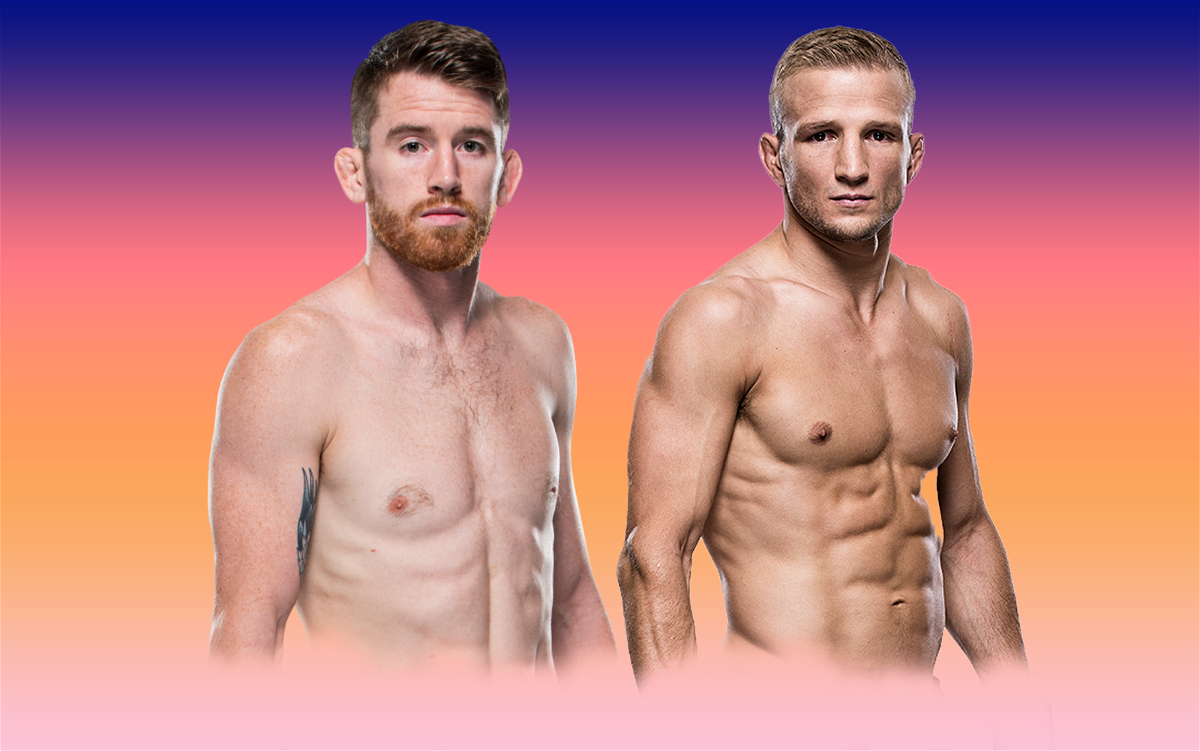 UFC Vegas 32 marks the return of former bantamweight champion TJ Dillashaw against a formidable foe in the form of Cory Sandhagen. Both the bantamweight greats will meet each other inside the Octagon at UFC Vegas 32 inside UFC APEX in Las Vegas. In what promises to be a barn-burner, let’s break down the fighting style of both the fighters to come to a reasonable conclusion on who gets his hand raised this weekend.

It will be interesting to see whether ring ruse will be a factor for the former bantamweight champion TJ Dillashaw who will look to prove his critics and get the respect of his fans back after a disappointing end to his bantamweight reign following testing positive for EPO.

Meanwhile, Cory Sandhagen is once again back in title contention after suffering a first-round submission loss against Aljamain Sterling back at UFC 250. Sandhagen has time and again proved his credibility as ane lite contender, and will look to seal his title berth with a win over Dillashaw.

Also Read: Why Did Conor McGregor Call TJ Dillashaw “a Snake in the Grass”

Dillashaw, known for his quick pair of hands, and his movement inside the Octagon will look to capitalize on his striking prowess to dominate Sandhagen, however, it’s easier said than done.

Sandhagen has shown incredible improvement over the past few fights, and his unorthodox methods and his switch stance has proved to be quite tricky for his opponents.

While an argument can be made that Dillashaw is a lot quicker than Sandhagen, Sandman’s versatility in his attacks makes him a huge threat for TJ Dillashaw who will look to prove a statement in his UFC return.

Sandhagen has been quick to finish his recent fights and might look to do the same to ensure Dillashaw doesn’t get too comfortable inside the Octagon after the long hiatus.

Dillashaw is certainly the superior striker, but we believe that inactivity will play a huge role, going against someone as dangerous as Sandhagen.