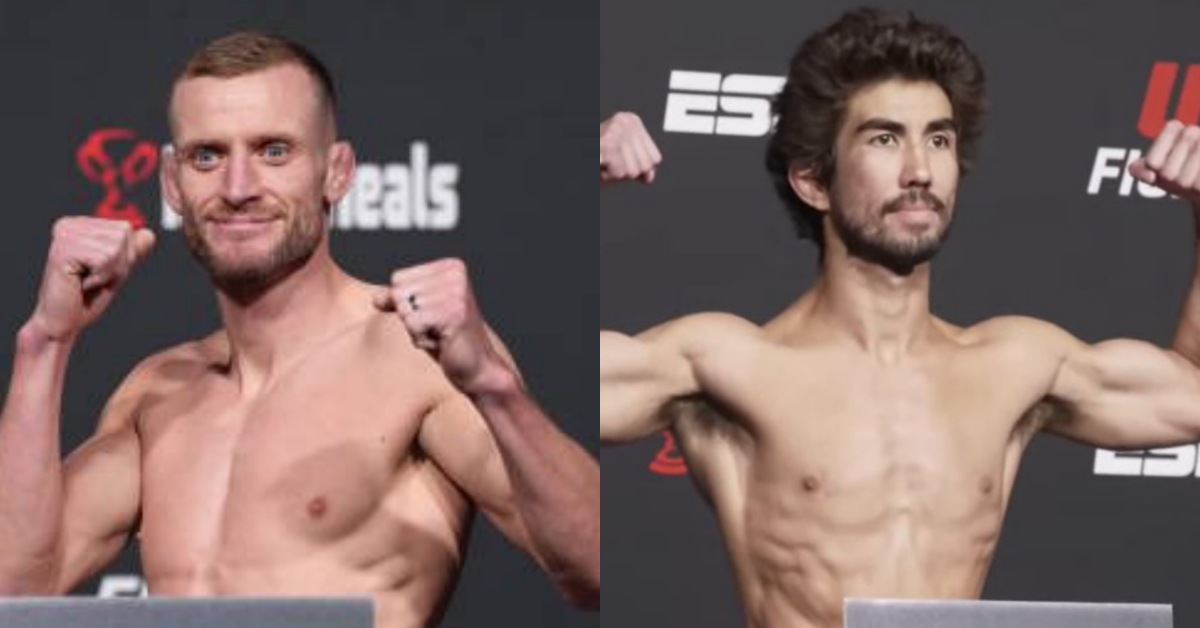 Two of the most exciting Bantamweight fighters will be in action this Saturday. Davey Grant will take on Louis Smolka at this weekend’s main card of UFC Fight Night. Neither fighter holds a ranking in the division at the moment.

Davey Grant is a veteran in the company who started fighting for the UFC in 2013. But the lack of activity has really hurt his cause. In almost 10 years, he has fought only 9 times. Davey had a layoff of 3 years after his debut loss to Chris Holdsworth. After coming back in 2016, he once again took a break for 2 more years. But he has been quite active lately and fought 3 times in 2021.

Louis Smolka had a brilliant start in the UFC in 2014. He defeated Alp Ozkilic via unanimous on his debut. Subsequently, he had 5 more fights where he had won 4. But, four consecutive losses to the likes of Brandon Moreno, Ray Borg, Tim Elliott and Matheus Nicolau saw Smolka getting cut from the organization in 2017. But he came back to the promotion once again in 2018. Since then he has managed to win 3 of his last 6 fights.

This will be a war between two veterans who have been around the UFC for almost a decade. All 6 of Smolka’s last contests ended in a finish. While he was choked out by Matt Schnell and Casey Kenney, Louis Smolka lost his last bout to Vince Morales via a vicious knockout last December. But he also knocked out Jose Quinonez and Ryan McDonald and submitted Su Mudaerji during the same period.

Davey Grant’s record in the last four fights is quite exceptional despite 2 losses. Marlon Vera and Adrian Yanez beat Grant via unanimous and split decisions respectively. However, he was not outmatched in either bout. Both of those contests were awarded ‘Fight of the Night.’ Grant also finished Jonathan Martinez and Martin Day via knockouts recently.

Judging by their recent track record, Davey Grant will certainly have an advantage over Louis Smolka this Saturday. Grant has shown the ability to absorb hard punches, whereas Smolka has had a very questionable chin recently. Hence, the fans can expect a very entertaining fight where both fighters will look for the finish from round 1 itself.