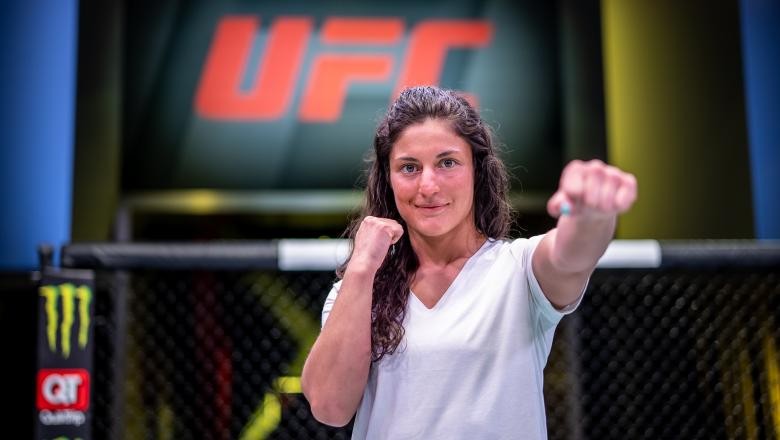 The UFC Vegas 39 main card is headlined by an exciting strawweight bout between Mackenzie Dern and Marina Rodriguez. In the preliminary card, Lupita Godinez was supposed to fight Sam Hughes, but Hughes pulled out due to COVID-19 protocols, after one of her coach tested positive. The UFC quickly brought in Silvana Gomez Juarez as Hughes’s replacement. So now, Lupita Godinez will face Silvana Gomez Juarez.

Lupita Godinez (5-1) made her octagon debut on a short notice earlier this year when she stepped in for Hannah Goldy against Jessica Penne. She lost the bout via a split decision. That led to the match-up with Sam Hughes, and now with Silvana Gomez Juarez.

Argentina’s Silvana Gomez Juarez (10-2) was supposed to appear on Dana White’s Contender Series next week to face Maria Silva, but will instead step into the octagon cage for her UFC debut bout against Godinez. Juarez currently rides a three-fight win streak, and previously competed for both Combate Americas and KSW.

One of her two professional losses came to current UFC fighter Ariane Lipski under the KSW banner. The other came against another UFC fighter Poliana Botelho.

Silvana Gomez Juarez steps in the cage on a short notice, but she was prepared and ready for a scrap. She is a tough fighter and although Godinez is a more difficult challenge, she will not be bewildered in the octagon.

However, Juarez will need take the centre stage to prevent Godinez dictating the tempo. Juarez prefers to strike but tends to stay on the back foot and throw singular strikes. If Juarez starts this fight in a similar style, Godinez will be able to time her takedowns and drag her to the ground.

We can expect Godinez’s pace and pressure to be too much for the Argentinian. She can overwhelm Juarez with her volume on the feet and find the takedown with relative ease. Juarez should drag this to a decision but if Godniez takes her down early, it will be a long night for her which could end up in a late finish.