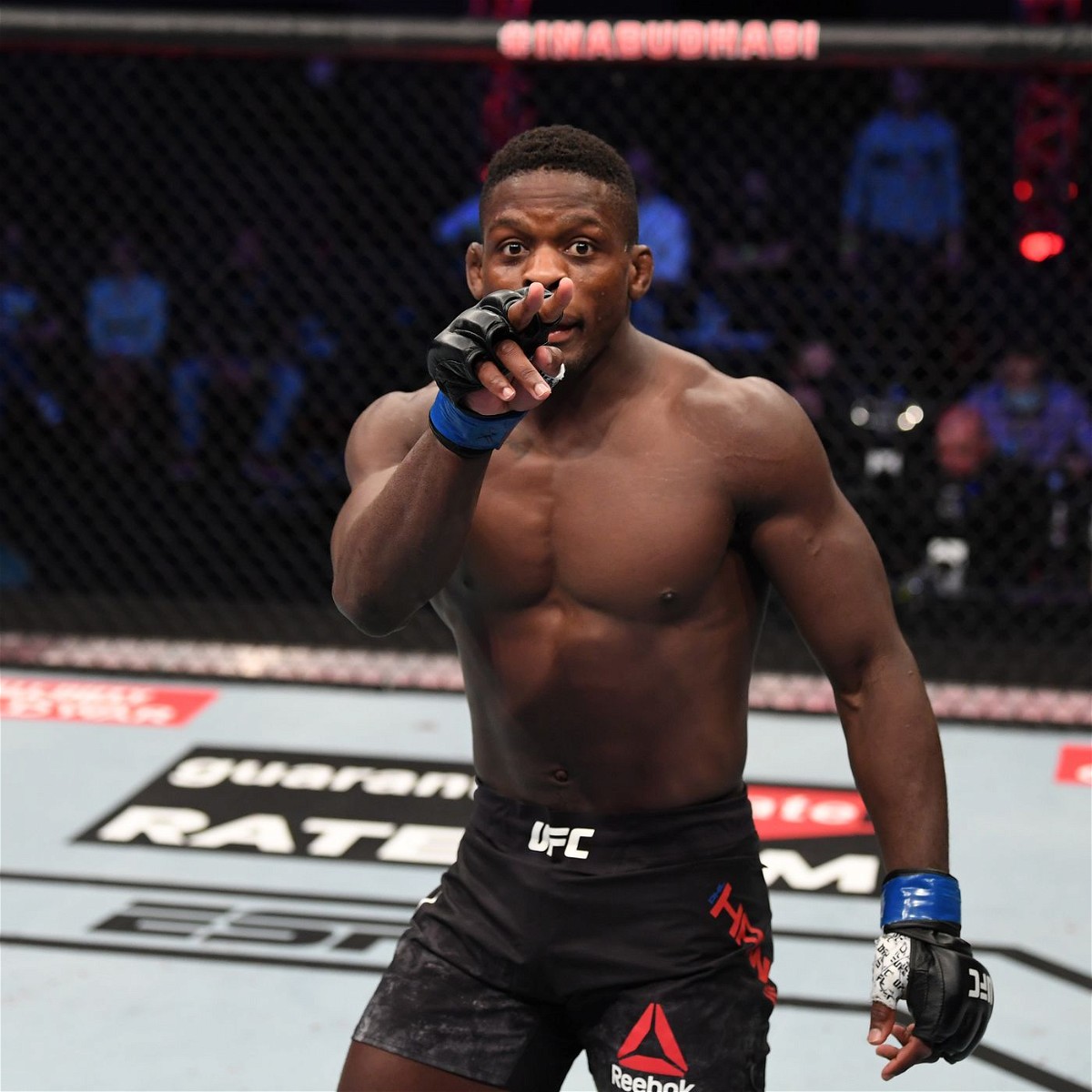 In the main card of UFC Fight Night: Dern vs Rodriguez, Phil Hawes takes on Deron Winn in a middleweight showdown.

Phil Hawes is certainly one of the rising prospects in the UFC middleweight division. Following his debut on Dana White’s contender series, Hawes has secured three wins in the division. However, he has not been able to put on statement wins except his KO win over Jacob Malkoun.

On the other hand, Deron Win has very little experience when compared to his opponent. Winn has a record of 7 wins and 2 losses with 3 fights on his resume. Unfortunately, he has managed to win only one of them.

It’s a tricky fight to pick considering the fact that Winn is a good wrestler but overall Hawes is better.

So far, Phil Hawes has an unbeaten record in UFC with 1 KO finish. However, it’s obvious that he needs to address many aspects of the game if he is to get to the top of the division.

He has good striking and takedown defense. But, he was not been able to finish his last two fights. But, overall he is more all-rounded than Deron Winn when it comes to MMA.

Coming out of American Kickboxing Academy, Deron Winn does present the wrestling threat inside the UFC octagon. He has trained for years with the likes of Daniel Cormier and Khabib Nurmagomedov. But, he is not an exceptional wrestler.

Besides that, he is not an ideal middleweight. He is only 5 ft 7 inches and has 70 inches in reach. And he will always have the size disadvantage in the middleweight division.

There is a possibility that Winn will put on a wrestling clinic against Phil Hawes and win the fight by decision. But, looking at the record, their skillsets and last few performances Hawes should get the job done at UFC Vegas 39.

Winn is not a good striker and his output will go down as the fight progresses. He does not have a good cardio to out wrestle Hawes for three rounds. It’s likely that he will have a lot of success early in the fight. But, Hawes should be able to comeback and win the fight with his activity in the later rounds.