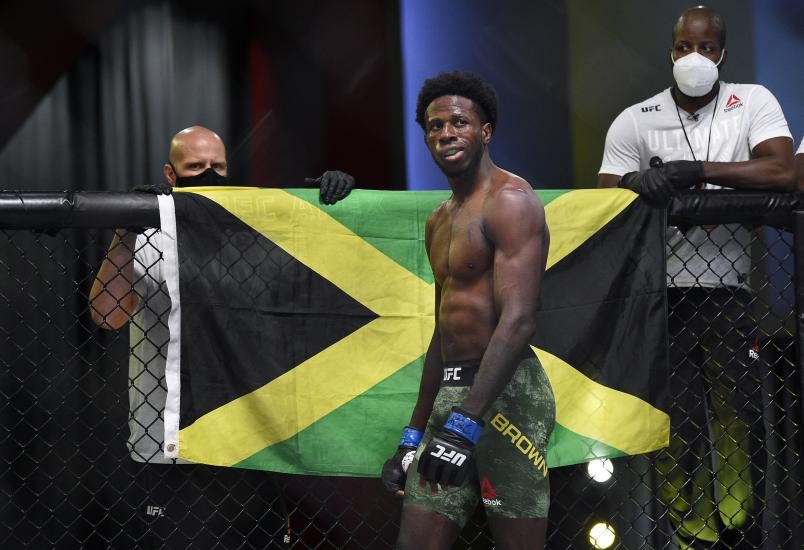 UFC has been struggling to put on exciting Fight Night cards since the COVID outbreak. We have seen some terrible UFC Fight Night cards in recent times and the upcoming UFC Fight Night: Mackenzie Dern vs Marina Rodriguez is certainly one of them. It lacks star power and it does not have a lot of ranked fighters competing in the main card.

Nevertheless, let’s take a look at this welterweight co-main event between Randy Brown(13-4) and Jared Gooden(18-6).

After two consecutive decision losses following his UFC debut, Jared Gooden bounced back with a win over Niklas Stolze on UFC Fight Night: Hall vs Strickland.

Before that fight, he lost to Alan Jouban and Abubakar Numragomedov. Though Gooden has a lot of experience outside of the UFC Brown has 11 fights in UFC.

There won’t be a huge size or reach difference between the two fighters. And we can expect a striking battle between the two for the majority of the fight. And it’s very likely that Brown will get the job done in the co-main event of UFC Vegas 39.

Jared Gooden has a good record. But, he is 2-1 in the UFC and has a lot to prove in his upcoming fights. On the other hand, Brown is a tough opponent in the division and can get into the top 10 of the division with a couple more wins.