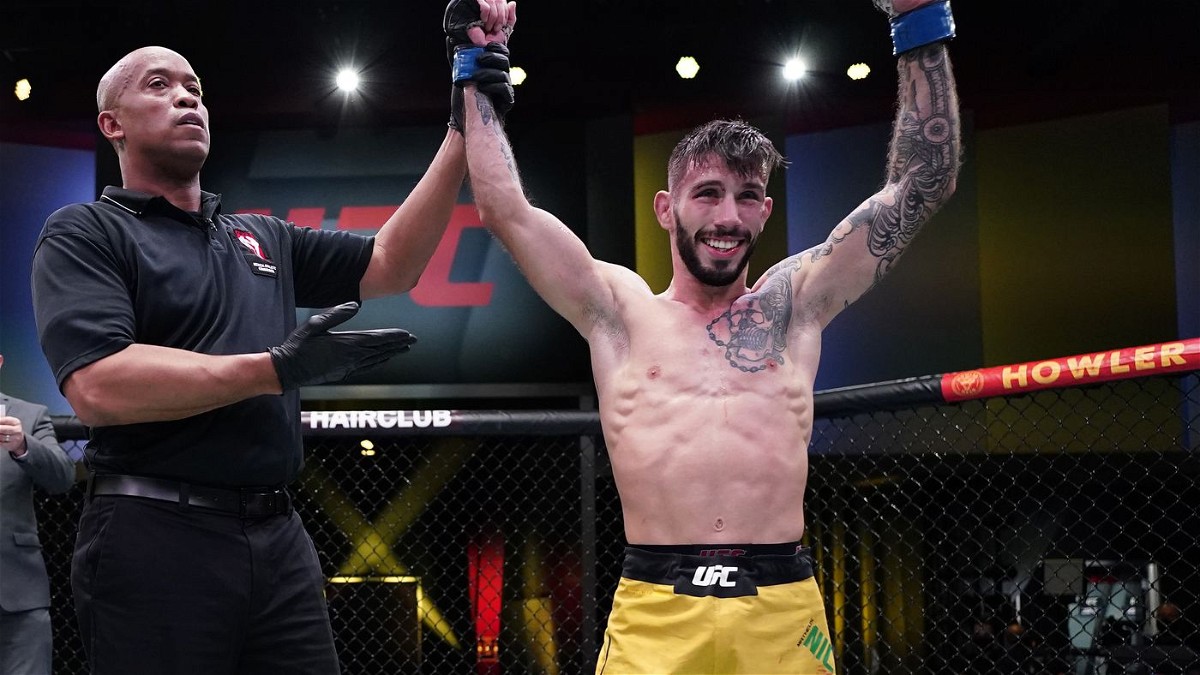 In the feature fight of UFC Fight Night, Dern vs Rodriguez, UFC veteran Tim Elliott takes on Matheus Nicolau. It’s an exciting flyweight fight and one of the better fights on the lackluster UFC Vegas 39 fight card.

Tim Elliott is a UFC veteran with 17 wins and 11 losses in his pro MMA career. On the other hand, Matheus Nicolau is certainly a prospect in the UFC flyweight division.

After losing in his last UFC fight against Dustin Ortiz, Matheus Nicolau secured two wins outside the organization and came back to UFC on UFC Fight Night: Edwards vs Muhammad card.

Matheus Nicolau secured a decision win over Manel Kape and now he is one win away from breaking into the top 10 of the flyweight division.

But can he get the job done against the number 9 ranked flyweight in Tim Elliott?

This is an exciting fight between two ranked UFC flyweights. Tim Elliott is coming off two consecutive wins over Ryan Benoit and Jordan Espinosa. On the other hand, Matheus Nicolau is coming off the win over Manel Kape by split decision.

Elliott has looked impressive in his last two fights but it was against two unranked opponents. Before those two fights, Elliott was on a three-fight losing streak. He lost to Brandon Royval, Askar Askarov and the former flyweight champion, Deiveson Figueiredo.

But, those losses do not look bad considering the fact that all those three fighters are top UFC flyweights and have the potential to win the title. Elliott has struggled a lot to put on a winning streak that is good enough to earn him a title shot.

And at 34 years of age, this might be the time when Elliott will go on a long winning streak and get to the top of the division. He will have a striking advantage over Matheus Nicolau. But, he does not present any threat on the feet. Elliott will be looking to get the fight to the ground and control the fight.

But, Matheus Nicolau is very good with his ground game and submissions. He has a 100% takedown defense which is a concerning stat for Tim Elliott. Besides that, his striking defense is on the higher end and he can do some damage if the fight is on the feet.

This fight is unlikely to end in any submission or knockout. But, Matheus Nicolau will get the job done by outworking Tim Elliott on the ground. Elliott will have some early success but Nicolau will be able to take over with his ground game and win a decision.