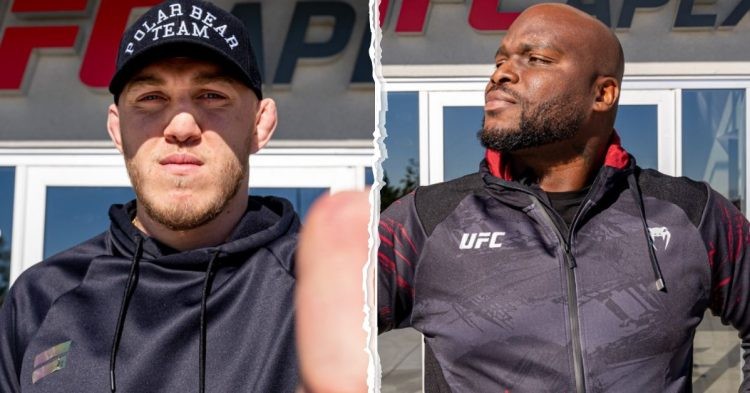 UFC Vegas 65 goes down this evening inside UFC APEX in Las Vegas. UFC’s return to APEX will feature Derrick Lewis back in action against rising contender Sergey Spivac in a five-round headliner. In the co-main event, Ion CUtelaba will take on the Nigerian Kennedy Nzechukwu.

Derrick Lewis in 2022 has been a downhill spiral. After a historic win over Kye Daukaus to close 2021 that saw him break the record for most knockout wins in UFC history, Lewis succumbed to back-to-back defeats in 2022. While an all-out war with Tai Tuivasa did not fail to entertain fight fans, a lackluster outing against Sergei Pavlovich made many ponder if Lewis, 37, should hang up his gloves.

However, it’s interesting to note, many argued for an early stoppage in Lewis’ last fight and it’s safe to say the Black Beast will step inside the Octagon in an attempt to right the wrong and jump back into the winning column.

Meanwhile, up-and-coming Sergey Spivac will look to spoil those plans as he headlines his first UFC card.

Derrick Lewis vs Sergey Spivac date & time in US and UK

Derrick Lewis vs Sergey Spivac goes down on November 19 inside UFC APEX in Las Vegas. The preliminary card will air on ESPN+ at 1 PM ET. Meanwhile, the main card is expected to begin at 4 PM ET.

For fans in United Kingdon, Derrick Lewis vs Sergey Spivac will take place on November 19 at 9 PM British Time. While the main event will begin at 6 PM. The UFC event will stream live on BT Sports.