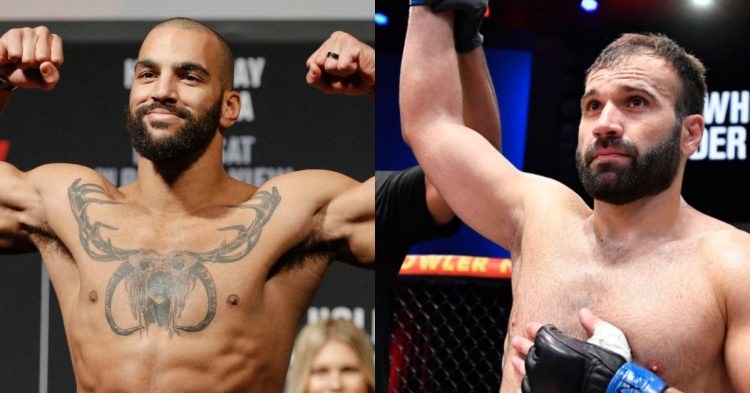 Undefeated Azamat Murzakanov is back in action this weekend. The Russian MMA fighter will take on Devin Clark on the main card of UFC San Diego. The event will see the former two-time bantamweight champ Dominick Cruz taking on Marlon Vera. In the co-main, featherweight prospect David Onama will fight Nate Landwehr.

Azamat Murzakanov fought Matheus Scheffel in Dana White’s Contender Series. He knocked out Scheffel at the 3:00 minute mark of the first round. He then followed it up with another knockout victory via flying knee. He put Tafon Nchukwi’s lights out with a flying knee in the 3rd round of the fight.

Devin Clark is also coming off a win in his last fight. He knocked out William Knight in the 3rd round of their fight in April. But he lost to Anthony Smith and Ion Cutelaba in two successive fights before taking on Knight. So he will try to build on the momentum and win on the 14th outing of his career in the UFC.

Devin Clark lands at a rate of 3.08 strikes per minute and absorbs 2.54 strikes at the same time. He also takes down his opponents 2.48 times on average per fight. Despite such a high takedown average per fight, Clark only attempts 0.1 submissions per fight. So it proves that Clark mostly uses his wrestling in a defensive way instead of trying to finish his opponent.

Nicknamed The Professional, Azamat Murzakanov averages 2.69 strikes per minute. Although the number may seem really low, he had 7 recorded first-round finishes out of his 11 wins so far. So the number is understandable as he uses the power punches sparingly. He also takes down his opponents 1.09 times per fight on average.

So it is an extremely well-balanced match-up. Both Devin and Azamat have great power behind their punches and have wrestling abilities to survive on the ground. So there is a big possibility of the fight going the full distance. However, Azamat will have the advantage because of the lack of mileage. Clark has 6 losses which include 2 knockouts and 3 submissions. Murzakanov, on the other hand, is yet to taste defeat.

Hence, Azamat Murzakanov will be the slight favourite to win at UFC San Diego.