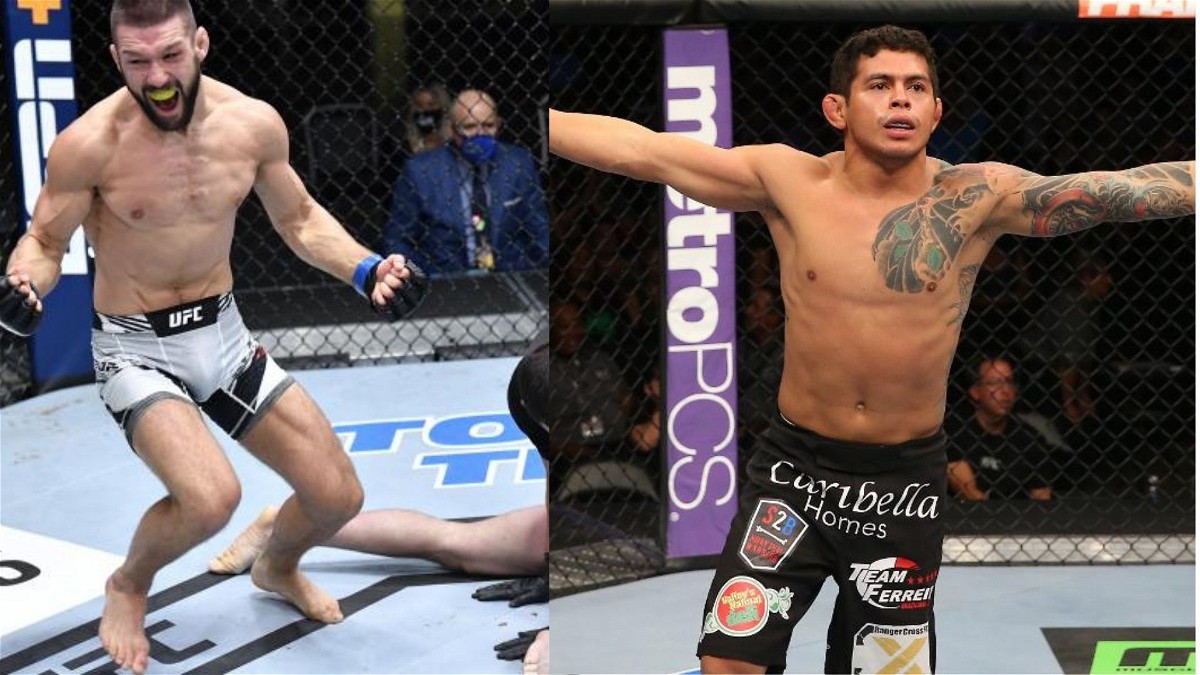 The highly anticipated UFC Fight Night: Lewis vs Daukaus will take place tomorrow at the Apex in Las Vegas. Consequently, there is a lot of excitement among fans as this will be the final UFC event of the year. Moreover, this card features superstars like Derrick Lewis, Stephen Thompson, Belal Muhammad and many more.

Apart from these big names, there are several other exciting fights on the card that one should watch out for. One such fight is the three-round lightweight bout between Diego Ferreira and Mateusz Gamrot. As we build-up to this fight, Diego Ferreira who is on the back of two brutal defeats would love to get back to the win column this weekend.

On the other hand, Gamrot who made his UFC debut last year has won two out of his three fights. Therefore he will try to get his third successive victory against a formidable lightweight in Ferreira. Before breaking down the fight, let us compare the stats of the two lightweights that will step inside the octagon tomorrow.

Mateusz Gamrot has a great opportunity this weekend at UFC Fight Night as he faces Diego Ferreira who is #12 in the division. A win over a tough veteran like Diego would most likely earn him a spot in the top 15 of the division. 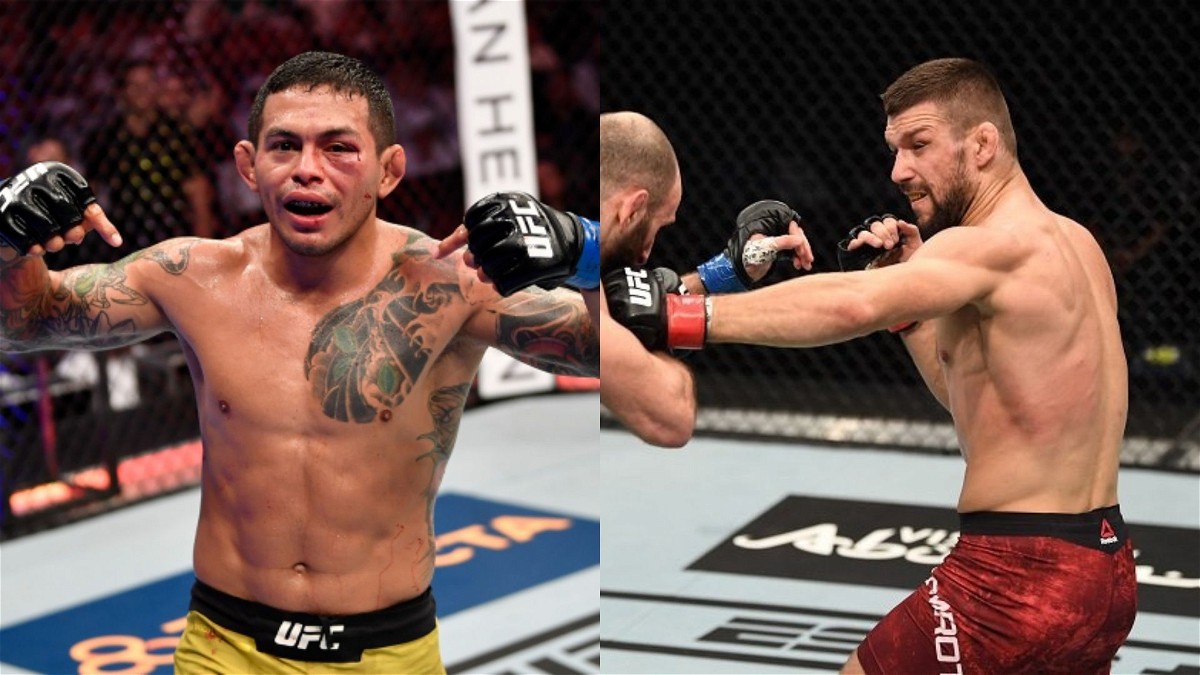 Whereas Diego Ferreira is not in the best of his form in recent fights. After racking up six straight wins between 2016 and 2020, the 36-year old has suffered two back to back losses which have pulled him down the pecking order.

Getting to the analysis of the fight, Gamer would most likely attempt to go for the takedowns from the minute go as Diego Ferriera has faced many problems on the ground in his last two bouts. If we compare the striking then both the fighters are evenly matched up as they tend to land significant power punches.

So in order to win this bout, Diego has to display a stellar takedown defense. Besides, he needs to make maximum use of his significant reach advantage and land a large volume of strikes.

However, that is easier said than done. Thus one can expect Mateusz Gamrot to overpower Ferreira with his wrestling and finish his opponent with ground and pound strikes.