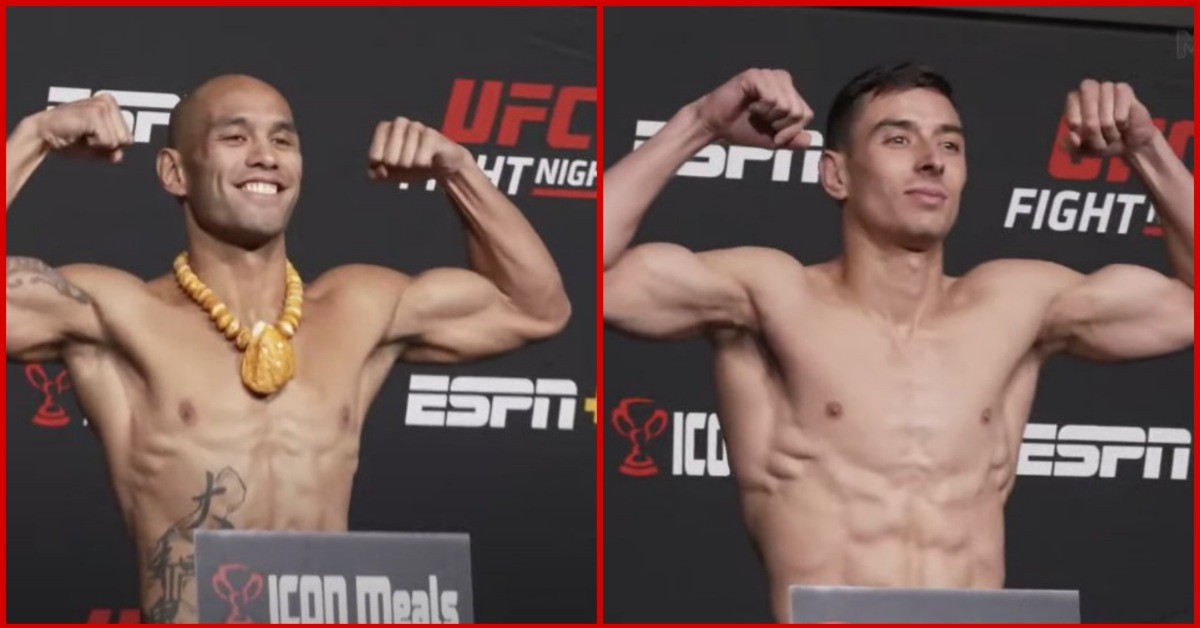 This weekend’s UFC Fight Night card will feature an exciting new prospect making his debut against a seasoned veteran. Manuel Torres will fight Frank Camacho this Saturday in the lightweight division.

Frank Camacho is on the verge of being shown the door by the UFC. Since his debut in 2017, Frank has only managed to win 2 bouts in the UFC. He has lost 4 of his last 5 fights. Camacho has a forgettable overall record of 2 wins and 5 losses in 7 fights so far. The 32-year-old lost both of his last two fights against Justin Jaynes and Beneil Dariush respectively.

A post shared by Frank “The Crank” Camacho (@frankthecrank)

Manuel Torres is coming off an impressive win over Kolton Englund at Dana White’s Contender Series. He continues the recent trend of fighting on the UFC main roster after a good performance in the Contender Series. Fighting out of Mexico, Torres will be a prospect to keep an eye on for sure.

Nicknamed ‘The Crank,’ Frank Camacho has had a torrid run in the UFC so far. He had a record of 20 wins and 4 losses prior to joining the company. Camacho was famous for putting away his opponents with strikes early in the fight. He has 17 knockout victories in his career so far and 11 of them came in the first round itself. Camacho also has 2 submission victories under his belt as well.

A post shared by Frank “The Crank” Camacho (@frankthecrank)

Frank will be returning to the Octagon after an absence of 2 years. Manuel Torres on the other hand has been pretty active lately. Since June of 2021, he has competed thrice. Torres finished his opponents in all 3 fights. Although he showed great temperament leading up to his UFC debut, can he replicate it on the biggest stage?

Out of his 12 wins, The 27-year-old has 5 KO/TKO victories and 6 submissions. Torres will look to add to that list this Saturday. Both fighters in question have a very high finishing rate. Hence it will be surprising to see the bout go the full distance. The fans can expect a war this weekend as both Camacho and Torres have a point to prove. While Manuel will try to make a great impression by starting off his UFC career with a win, Frank will look to prove his doubters wrong and get back to winning ways.