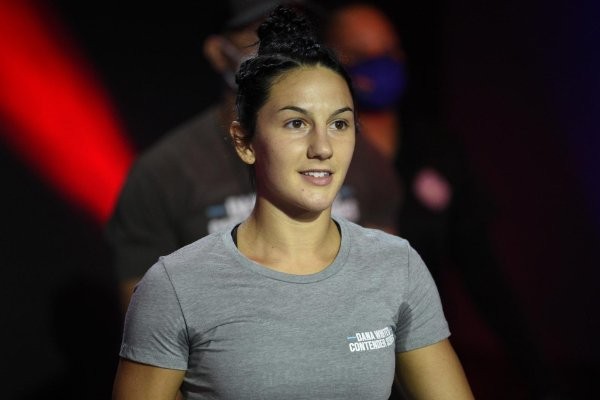 UFC Vegas 33 features a strawweight fight between Cheyanne Buys and Gloria De Paula. This fight has the attention of some fans because of Cheyanne Buys.

After her fight with Montserrat Ruiz, Cheyanne made a comment that got her fairly popular among the fans. She stated: “I’ll follow you home b***h” after Montserrat Ruiz spits on her following a dominant win.

It was an ugly scenario for both the fighters involved but luckily things did not escalate. However, Cheyanne Buys is coming with the same attitude to fight Gloria De Paulo on UFC vegas 33’s main card as during the press conference she commented: “I’m a 100% real. I’m human. If you disrespect me like that when I gave you nothing but respect, you bet you a*s I want to slap the sh*t out of you. What pisses me off the most is that you shook my hand at weigh-ins, knowing damn well what you were going to do after the fight.”

Well, is Cheyanne’s attitude enough to win her this fight at UFC Vegas 33? Let’s find out.

Neither Buys nor Gloria de Paula has looked impressive on their first fight in UFC after their win on Dana White’s contender series. Both are still very inexperienced in the sport.

However, Buys is the one who has looked a little more impressive when compared to Gloria de Paula. Though she lost the fight and did not show a high caliber of grappling she showcased her durability and toughness.

On the feet, she was able to mix things up pretty well. On the other hand, Gloria de Paulo was dominated by Jinh Yu Frey in her last fight. Cheyanne looks the more confident fighter coming into the fight week despite the loss in his last fight. So it’s likely that she will secure a decision win over Gloria de Paulo at UFC Vegas 33.