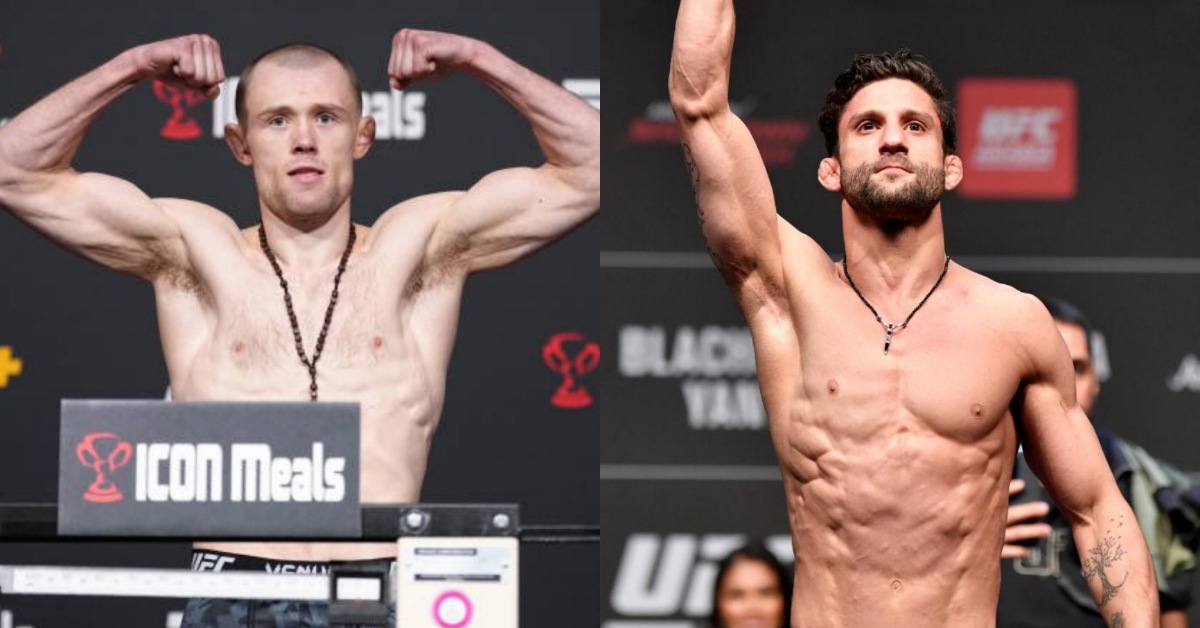 This weekend’s UFC Fight Night main card will kick off with a Flyweight bout. Jack Hadley will make his UFC debut against Allan Nascimento in the 125lbs division on May 14th.

Jake Hadley is an undefeated fighter out of Birmingham, England. He submitted Mitch Raposo in the Dana White‘s Contender Series in October last year. The second-round rear-naked choke finish earned him a UFC contract. After a couple of cancelled fights, Jake is finally set for his debut against Allan this Saturday.

Allan Nascimento is only 1 fight deep in his UFC career. It was not an especially great introduction as he lost to Tagir Ulanbekov via split decision. But he did not get completely outclassed by Ulanbekov. Hence, it will be interesting to see how he does against a newcomer such as Hadley.

Both Jake Hadley and Allan Nascimento are great submission artists. Nascimento has 14 submission victories so far, while Hadley has managed to secure 4 submission wins. The Brit conceded two takedowns during his bout against Raposo. However, Raposo could not do much with that. But Hadley managed to submit Raposo with only 1 takedown.

Allan Nascimento could not secure a single takedown on his UFC debut against Tagir Ulanbekov. He found himself taken down by Tagir 4 times during the fight. But, Allan is a Brazilian Jiu-Jitsu expert. Hence he lodged 4 submission attempts despite being in a disadvantageous position. It just shows how dangerous Allan is on the ground. He can get a submission out of nowhere if his opponents are not careful.

With both fighters being excellent on the mat, who will have the advantage in striking? Jake Hadley lands 3.18 significant strikes per minute while absorbing 2.57 strikes during the same period. He has a striking accuracy of 43%. Comparatively, Allan has a higher output with 4.33 significant strikes per minute with 68% accuracy. But Hadley has a higher defence percentage against strikes with 74. Hence it is a toss-up between the two on the feet.

The fans can expect a really fun fight between the two as both Hadley and Nascimento have a high finishing rate. They are both very well matched, but Hadley may have the advantage due to with young age and longer reach.