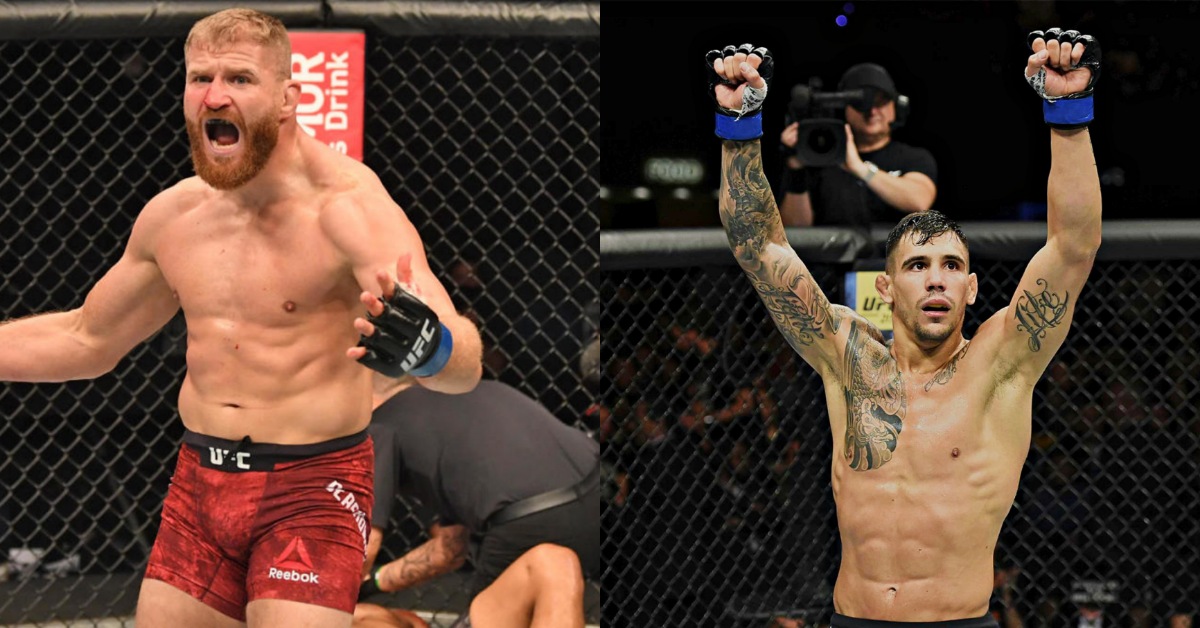 Two top-ranked Light-heavyweights will go head-to-head at this weekend’s UFC Fight Night card. Former UFC 205lbs champion Jan Blachowicz is to fight Aleksandar Rakic in the main event this Saturday. Blachowicz is ranked no. 1 in the division, while Rakic is two steps below in the third position.

This fight was originally set to happen in March, but it is finally set to take place two months later on May 14th. There is a lot riding on the bout as it may determine the next challenger for Glover Teixeira’s throne after Jiri Procházka.

Jan Blachowicz will finally make his return to the Octagon since losing his belt to Glover last October. Although he was the favourite to retain the belt, Jan looked flat on the night. Hence, he will look to bounce back and regain his title.

We’ve got an ALL European main event at #UFCVegas54!

Aleksandar Rakic on the other hand has demolished opponent after opponent since his debut in 2017. His only loss came against Volkan Oezdemir via split decision. But many thought he won the fight. In his last fight, Rakic dominated Thiago Santos at UFC 259.

In his first title defence, Jan took on the middleweight champion Israel Adesanya. He out-wrestled Izzy cleanly for a unanimous decision victory. However, his wrestling did not hold up against Glover Teixeira. Jan was tapped out by a rear-naked choke at UFC 267.

Aleksandar Rakic is one of the top prospects in the division. He uses a variety of attacks to overwhelm his opponents. Rakic has also improved significantly on the mat as well. Although he may not be able to replicate what Glover Teixeira did against Jan, the 30-year-old can certainly hold his own.

Jan is way more experienced than Rakic. He will certainly look to take the fight to the ground. Aleksandar generates a lot of power behind his strikes. Hence Blachowicz may shoot for takedowns straight away. He has 9 submission victories in his career.

But Blachowicz may use the takedown attempt as a bluff to use his legendary Polish power. He may fake a takedown which will open Rakic up for an overhand right. However, Rakic is a skilled opponent himself. He is much taller than Jan. Hence, it will be easier for him to maintain his dance and pick Blachowicz apart from the outside.

The nature of this match-up may not result in the most entertaining contest. Fans can expect a five-round chess match where one mistake can cost the bout.