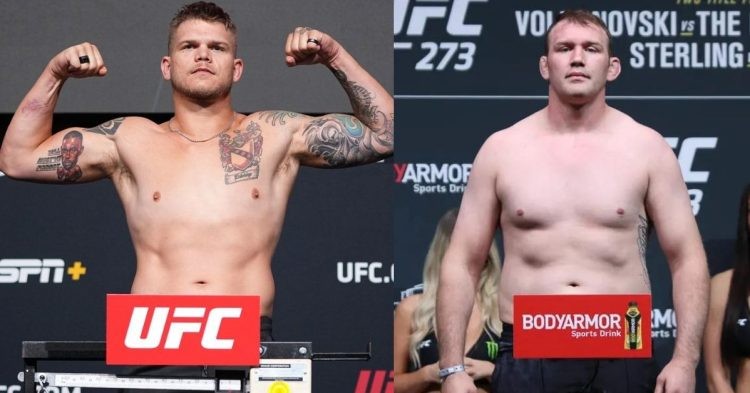 UFC Fight Night: Dos Anjos vs Fiziev is all set to take place this weekend on July 9th at the Apex in Las Vegas. This fight card features a mouth watering heavyweight clash that fans will be looking forward to watch. Jared Vanderaa will make his return inside the octagon to take on Chase Sherman in a three round bout.

VANDERAA vs SHERMAN! #UFCVegas58 is LIVE and FREE TOMORROW on @espn! pic.twitter.com/tyN1NP4Vjn

This matchup will take place on the main card, so let’s preview this fight and try to break down the styles and give an early prediction. Taking a look at their current form, both the heavyweights are going through a big slump of losses and are in desperate need of a win.

This is what makes this matchup exciting because the stakes are high and we can expect Chase and Jared to go all guns blazing at UFC Vegas 58. As we move ahead let’s compare the record, height and reach of the two heavyweights that will clash against each other at the UFC Apex.

The Vanilla Gorilla’s story in the UFC has been very inspiring considering the fact that he fought his way back into the promotion after getting released by the UFC in 2021. However, his second stint didn’t go as per plans after recording three back to back losses. Thereafter Chase Sherman parted ways with UFC just to make a return few days later against Alexander Romanov.

Although Sherman’s bad run of form continued as Romanov bulldozed his way towards an early first round submission win. Now The Vanilla Gorilla will return to action this weekend to go against Jared Vanderaa who is on a three fight losing skid at UFC Vegas 58.

Speaking about this matchup, both the heavyweights like to stand and bang. Amongst the two, Sherman is the more dangerous fighter and his record of 14 KO/TKO wins out of his 15 wins speaks volume about his knockout threat.

However, Jared Vanderaa having more tools in his arsenal than Chase Sherman would be a big difference maker in this match. Vanderaa’s speed and durability will help him outstrike Sherman if the fight goes to distance. Moreover, his ability to absorb big blows gives him another advantage in this matchup.

The biggest path to victory for Jared would be  make it a scrappy fight by clinching and holding when in trouble because Sherman has poor takedown defense. Moreover, he can dish a lot of damage by landing strikes from afar with his jabs and leg kicks and outstrike Chase Sherman throughout the three rounds.