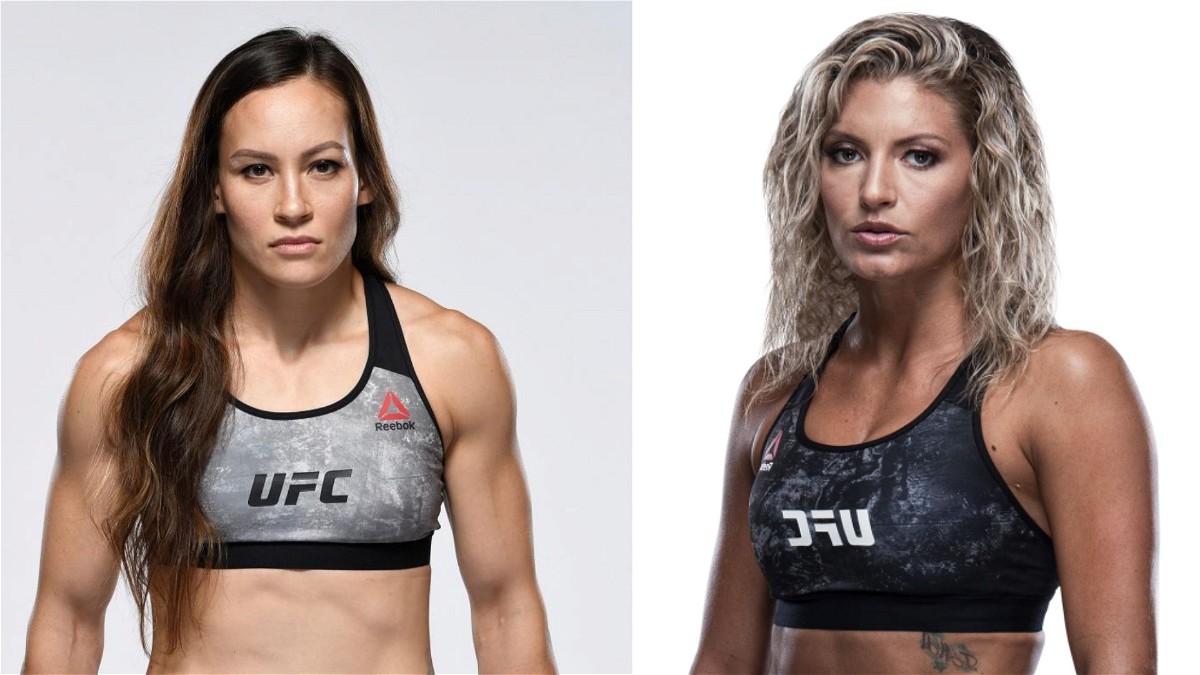 UFC Fight Night: Uriah Hall vs Sean Strickland will feature some exciting matchups this weekend. As a result, let’s take a look at one of the fights in the undercard of this event. Jinh Yu Frey will take on Ashley Yoder in a three-round contest in the women’s strawweight division.

Both Yu Frey and Yoder have had a lackluster UFC career so far. This is because they have seemingly failed to rise above the adversities. Therefore this fight could be a good opportunity for both the fighters to get a win under their name and make a mark in the division.

Before breaking down and making predictions for the fight at UFC Vegas 33, let’s compare the stats of Jinh Yu Frey and Ashley Yoder.

Jinh Yu Frey will have a sense of relief after getting her first win in the promotion via unanimous decision at UFC Fight Night: Edwards vs Muhammad. Therefore she would put her horrible start in the promotion behind and try to start picking up wins consistently. On the other hand, Yoder who is an experienced veteran will make things difficult for the former Invicta Atomweight champion.

Taking a look at their styles, both the fighters rely on their grappling skills. Therefore this contest would be very difficult to predict. Moreover, Ashley and Jinh are experienced fighters thus this fight could probably be decided on the basis of which fighter manages to get the pace going once inside the Octagon. Yoder has faced relatively tougher opponents than Jinh Yu Frey and will have a relative advantage over her opponent this weekend.

Yoder is a proficient striker and could capitalize on her striking prowess to dominate Jinh Yu Frey. Needless to say, it is expected to be a banger of an event, and we are going with Ashley Yoder to get the job done this weekend.