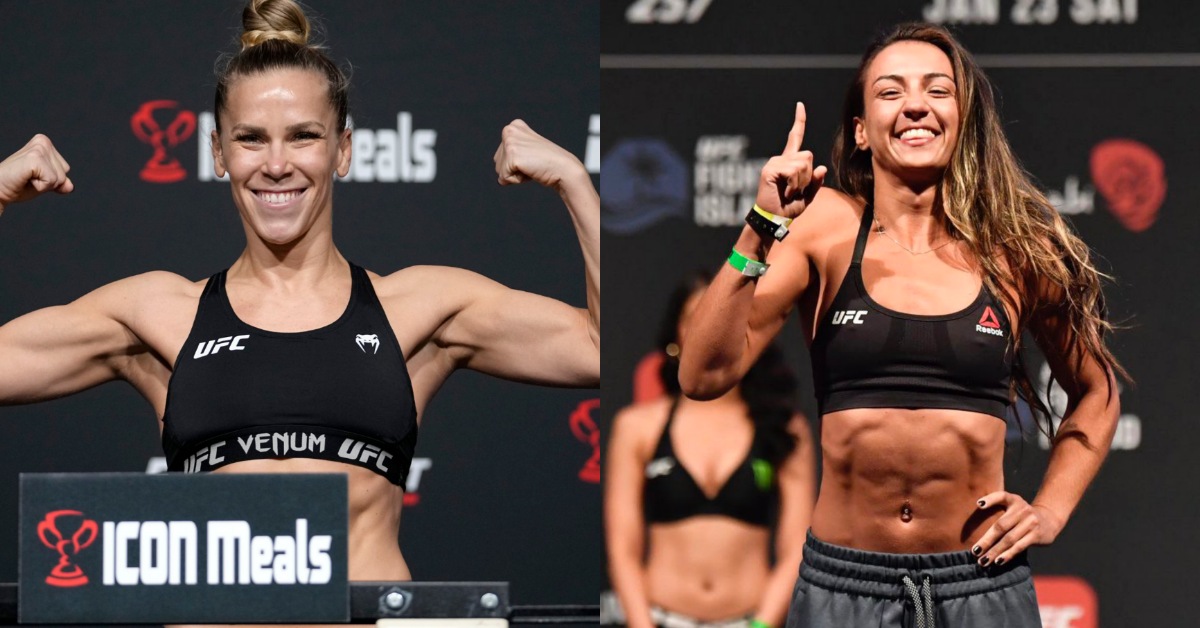 UFC Flyweight Katlyn Chookagian will fight Amanda Ribas at UFC Fight Night this weekend. The bout will be featured on the main card of the event. While Chookagian is ranked no. 1 in the division, Ribas will make her debut at 125lbs this Saturday.

Katlyn Chookagian has been on a brilliant run lately. She has 5 wins in her last 6 fights. The 33-year-old defeated Jennifer Maia in her last fight in a dominant 3 round performance.

Amanda Ribas on the other hand is moving up in weight for the first time in her career. After having 4 back-to-back victories to begin her UFC career, Ribas suffered her first loss in the company against Marina Rodriguez. Rodriguez defeated her via TKO at UFC 257.

Nicknamed Blonde Fighter, Katlyn Chookagian made her debut in the UFC in 2016. So far, she has had 16 fights in the promotion. Although she has 4 losses in the UFC, Katlyn has only lost to either title holders or no. 1 contenders. Despite having such a good record, Chookagian is yet to finish any of her opponents in the UFC.

However, Amanda Ribas has 2 submission wins in her 6 fight UFC career so far. She finished Emily Whitmire and Paige VanZant via rear-naked choke and armbar respectively. But those were at Strawweight. Can she replicate the same at a weight class above?

The fans have seen Amanda struggle against an elite striker such as Marina Rodriguez. Katlyn Chookagian is an elite kickboxer who has the second-best striking in the 125lbs division, aside from the champ Valentina Shevchenko. Can Ribas neutralize her striking? It will be interesting to see if the 28-year old can secure a takedown right away.

Historically, Katlyn Chookagian has struggled against dominant grapplers. That will be the biggest area for Amanda Ribas to focus on. She is a high-level Brazilian Jiu-Jitsu black belt. As a result, Amanda will have a clear advantage on the ground. If Chookagian can keep her distance and stay on her feet, it is her fight to lose. However, if Amanda gets the takedowns, a submission victory for her is not out of the equation either.