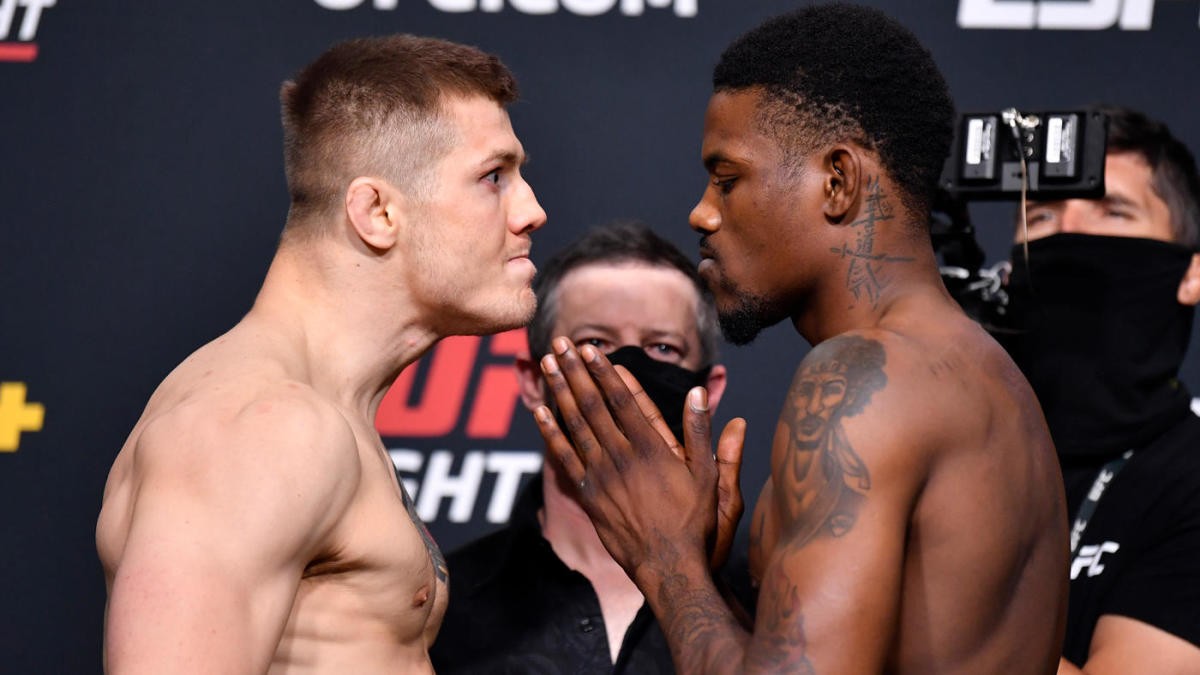 UFC Vegas 23 features a middleweight showdown between Kevin Holland and Marvin Vettori. Originally Marvin Vettori was scheduled to fight Darren Till on this main event. However, Till pulled out of the fight after suffering an injury during the training camp.

And Kevin Holland showed up once again on short notice to save a fight night. It won’t be debatable to say that Darren Till is a more skilled fighter than Kevin Holland. However, Holland is not an easier fight for Vettori.

Despite Holland’s disappointing performance against Derek Brunson, he is still a big threat to Marvin Vettori. But, how can he beat someone as good and as versatile as Marvin Vettori?

Marvin Vettori is one of the toughest fighters in the middleweight division and the intensity he brings into the octagon is hard to match. He is a textbook brawler. But, he is versatile and can be a tough task for Holland in every aspect of the fight game.

Vettori can strike at a high volume and high pace for 5 rounds. He had a 5 round war with Jack Hermansson in his last fight. And there is no doubt that Vettori can go 5 rounds at a high pace. However, cardio has been an issue for Holland since his UFC debut. But, Holland’s cardio looked much improved in his last fight against Derek Brunson.

Though Kevin Holland lost the fight he did more damage in the fight on the feet. His striking looked way superior to Derek Brunson. And Holland’s striking will be the determining factor in this fight against Marvin Vettori.

Kevin Holland’s right hand is trouble for any middleweight. His striking might be chaotic to look but it’s extremely accurate when he gets going. Holland’s striking against Buckley who was throwing bombs and putting the pressure was incredible to watch. And Vettori is going to do the same thing against Holland. He will put the pressure on and look to strike with Holland.

But, Vettori will take the fight to the ground if he does not find much success on the feet. That’s what he did in his fight against Karl Roberson. Now the question is can Kevin Holland defend himself and be offensive on the ground.

If we look at how the Derek Brunson played out it seems Holland has no chance if Vettori takes the fight to the ground. But, it has to be considered that Holland knocked out Jacare Souza off his back. He also got Souza in a close triangle submission. But, it’s safe to say that Vettori will have the advantage on the ground.

Kevin Holland needs to try and keep the fight on the feet because that’s where he will do most of the damage. He needs to make the most of the early rounds when he is fresh and Vettori is looking to strike.

Kevin Holland reveals the difference between trailblazer and big mouth

Though Vettori is a favorite to win this fight Holland is a live dog in this fight and can cause a big upset. But, looking at the last few performances of both the fighters Vettori should be able to get the win via unanimous decision. It won’t be surprising if Vettori catches Holland with a submission.