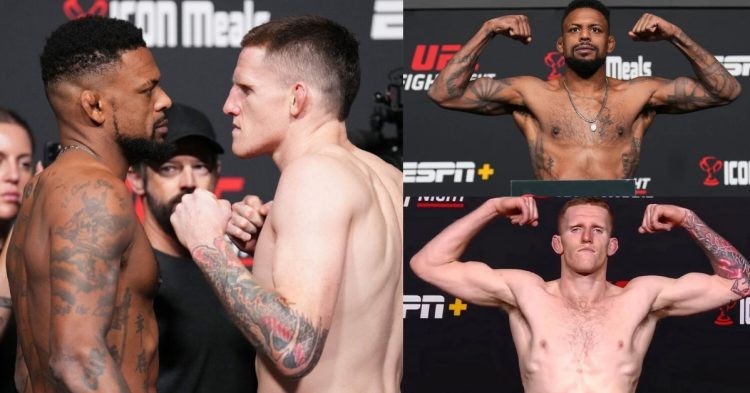 The highly anticipated UFC Fight Night: Dos Anjos vs Fiziev will take place this weekend July 9th at the Apex in Las Vegas. This event features an exciting lineup of fighters that are sure to keep the viewers entertained throughout the evening.

JOHNSON vs MULLARKEY! #UFCVegas58 is LIVE and FREE TOMORROW on @espn! pic.twitter.com/k2sDbEq6qL

Lightweight contender Michael Johnson will step inside the octagon to kick off the UFC Vegas 58 show against Jamie Mullarkey in a three-round bout. As we preview this fight, Michael Johnson snapped his four-fight losing streak in his last fight after knocking out Alan Patrick in the second round.

On the other hand, his opponent Mullarkey suffered a brutal knockout loss against Jalin Turkey in his last fight at UFC 272. It is needless to say that both these lightweight contenders are looking for a resurgent victory that will help them gain significant momentum in a stacked 155-pound division.

Therefore it would be interesting to see which fighter goes home with the spoils at UFC Fight Night. As we move ahead, let’s compare the height, reach and records of these two contenders.

Regardless of his sluggish form, Michael Johnson is one of the most dangerous fighters out there in the lightweight division. He has fought against the biggest names of UFC like Justin Gaethje, Tony Ferguson, and Dustin Poirier and has given them a hard day at the office.

On his best day, Johnson can put any opponent to sleep with his power. Therefore it would be unfair to judge Michael on basis of his record. Going into this fight, Jamie has to be very careful while exchanging shots with Michael.

Speaking about the strengths of Mullarkey, he is very well-rounded in all departments and has good striking abilities. Moreover, he is much bigger than Johnson in terms of height and reach. Hence he can fight a smart battle by attempting takedowns and using his reach advantage to trouble Johnson while striking.

If he manages to frustrate Michael Johnson by doing these things then he can easily outstrike him or control the fight on the ground and take the fight to the distance. It all depends on how Jamie Mullarkey approaches this matchup.

Unless Michael Johnson comes out all guns blazing and goes for the spectacular finish it looks highly improbable that he will outclass his opponent at UFC Vegas 58.