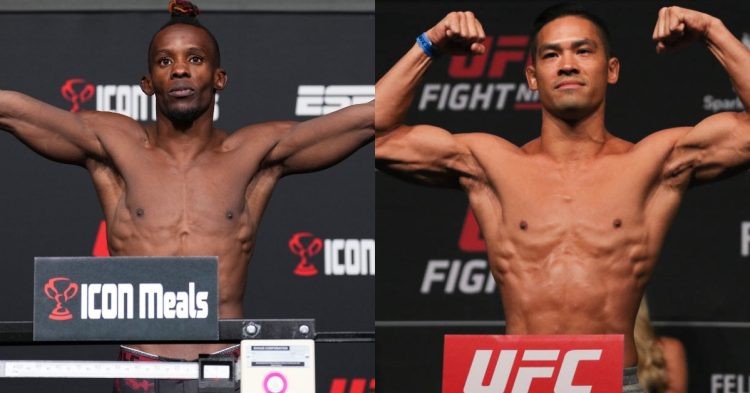 UFC Fight Night: Vera vs Cruz is all set to take place this weekend on August 13th at the arena in San Diego, California. Apart from the highly anticipated main card fights, there are several preliminary matchups like the Ode Osbourne and Tyson Nam fight that one should watch out for.

Flyweight contender Ode Osbourne will be looking to add another win to his tally and extend his winning streak to three this weekend after knocking out Zarrukh Adashev in his last fight that took place in June this year. On the other hand, Nam is returning inside the octagon after a lengthy absence of 19 months.

After losing to Matt Schnell in his last bout, Tyson suffered an injury that kept him out for a long time. Thereafter his scheduled opponent Tagir Ulanbekov pulled out twice and that has been the major reason why he has not competed since January 2021.

It is needless to say that this is the most important fight in Tyson Nam’s UFC career as this will be his last run for the title given he is 38 years old and a loss would crush any hope of getting in the top 15 of the stacked flyweight division.

As we move ahead let’s compare the stats of Osbourne and Nam that will collide against each other at UFC Fight Night: Vera vs Cruz.

Fight fans can expect a war between these two flyweights as they both like to stand and bang. Speaking about which, Osbourne will have a significant advantage in terms of reach and it could play a major role in how the fight could play out.

Amongst the two fighters, Ode is better in the striking department as he has a higher striking accuracy and output compared to his flyweight rival. However, he has to be careful and make sure to not engage in any unnecessary striking exchanges as Tyson Nam has tremendous knockout power in his hands.

He has shown in the past that he has the ability to put his opponents to sleep with a single punch. Although not competing inside the octagon for nearly a year raises question marks regarding his cardio levels and durability. Osbourne’s path to victory would be to use his significant reach advantage and outstrike Nam from the outside.