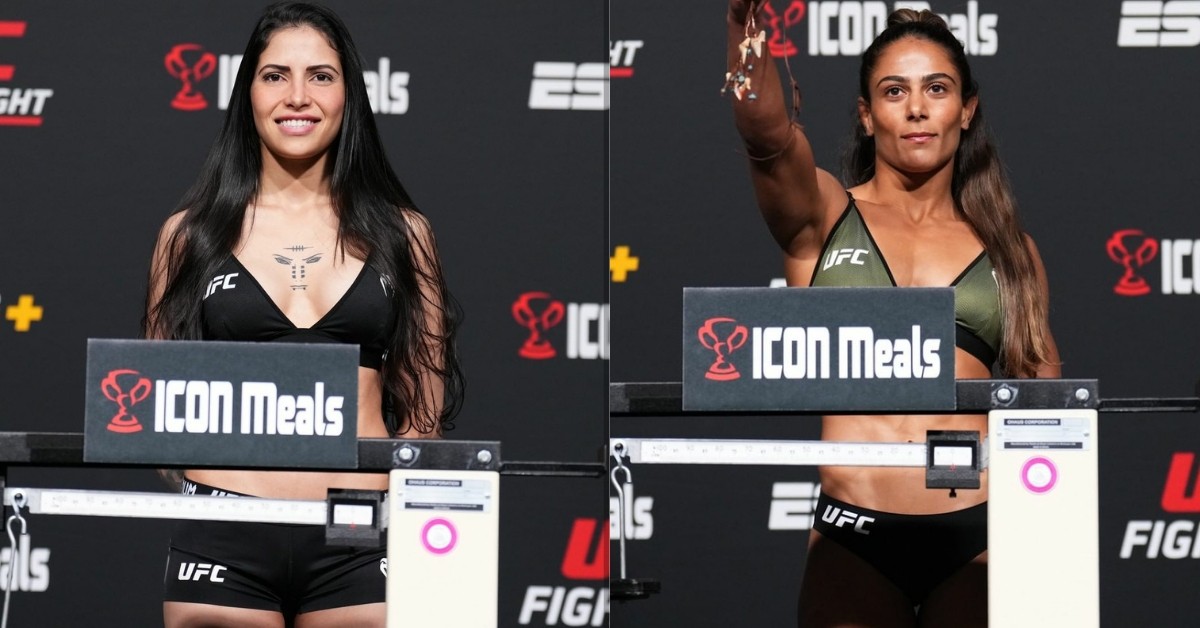 UFC Fight Night: Holm vs Vieira will take place this weekend on May 21st at the Apex in Las Vegas. Just like every other event, the UFC is back with another set of exciting fights that are sure to entertain the audience.

One such fight from the main card is the three-round women’s strawweight bout between Polyana Viana and Tabatha Ricci. Leading into this matchup, both Viana and Ricci are coming off impressive victories. Damma De Ferro is in scintillating form as she submitted both her recent opponents and would be trying to extend her streak to three wins.

Meanwhile, Tabatha Ricci picked up her first UFC win last year after outclassing Maria Oliveira in grappling as well as striking. Before moving to the breakdown of this matchup, let us compare the stats of Polyana and Tabatha which will help us understand their strengths and weaknesses.

After losing three fights in a row and almost jeopardizing her UFC career, Polyana Viana has found her way back into the strawweight division by securing two back to back wins. However, she has to achieve a lot more to get in the top 15 of the division.

On the other hand, Tabatha Ricci showed a lot of promise in her last fight and despite having a lesser experience than her opponent, fans can expect Ricci to hold her ground against Polyana Viana. However, this fight could prove to be very difficult for Tabatha as she will be giving up on a six-inch reach advantage.

Hence with both Ricci and Viana holding equal footing in the grappling department, Polyana could dish out a lot of damage with her striking. In the end, one can expect Polyana Viana to get her hands raised by the referee due to her superiority in striking which would help her gain an early edge.