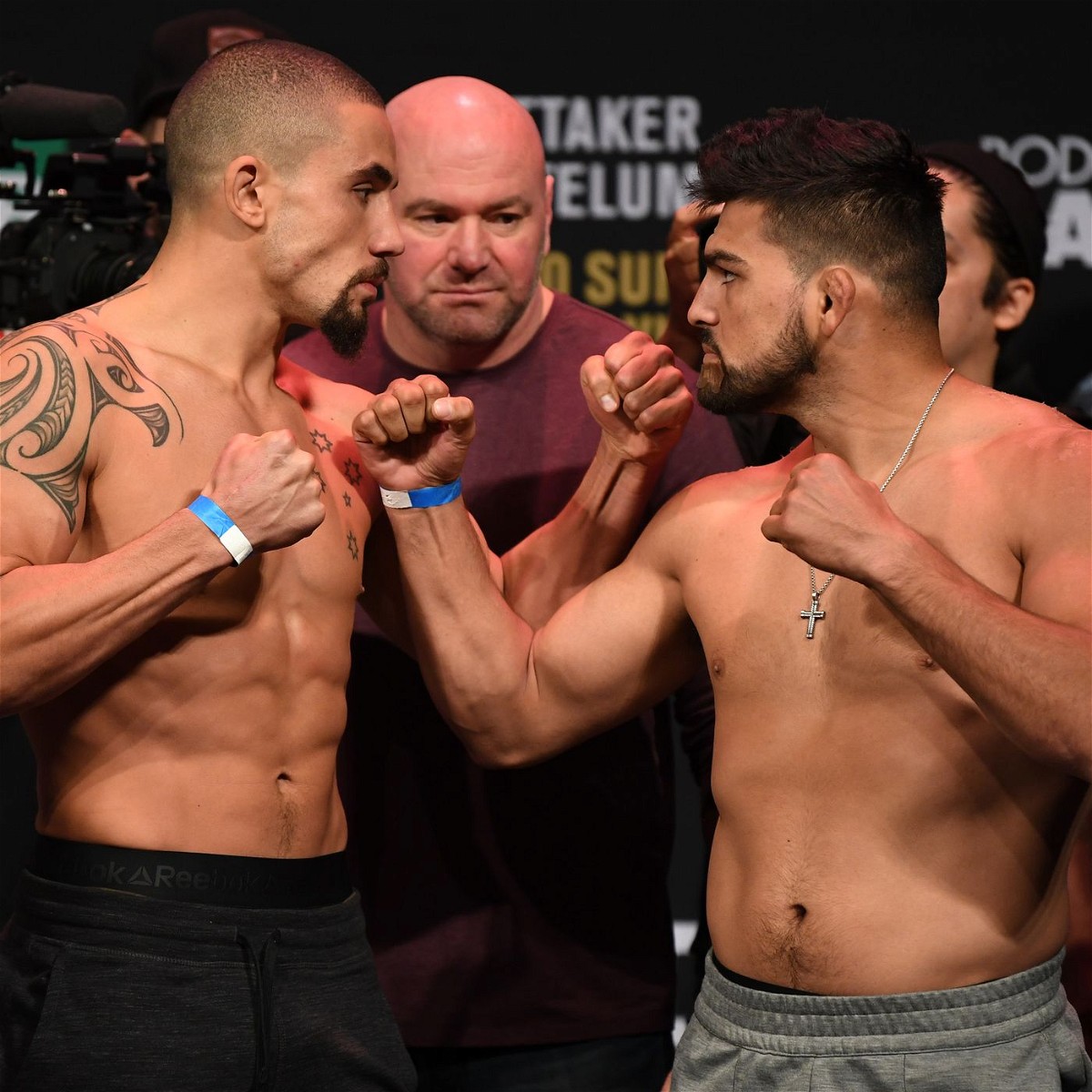 The former UFC middleweight champion, Robert Whittaker takes on Kelvin Gastelum in the main event of UFC Vegas 24. Whittaker is coming off two big wins over Darren Till and Jared Cannonier. And He is putting his title shot on the line this weekend against Kelvin Gastelum.

After three losses in the middleweight division, Gastelum was able to get back on the winning column in his last fight. Though it was not his best performance he will be going into the Whittaker fight with high confidence.

Whittaker and Gastelum are familiar with each other’s skills as they were supposed to fight for the title at UFC 234 before Whittaker pulled out due to injury. But, it’s time to settle the unfinished business at UFC Vegas 24.

Will Robert Whittaker come out victorious at UFC Vegas 24 and earn another shot at the middleweight title? Or is it finally time for Kelvin Gastelum to fight for the undisputed UFC title?

The former UFC middleweight champion, Robert Whittaker is a huge favorite against Kelvin Gastelum, and rightfully so. Whittaker bounced back from his loss to Israel Adesanya with two impressive victories. He has looked better after the long hiatus from the sport following the loss at UFC 243.

Going into the fight against Israel Adesanya, there was a lot of concern surrounding the durability of Robert Whittaker. The 10 brutal rounds with Yoel Romero and frequent injuries had taken a toll on the former champion. However, he is in the best shape of his career and he has a huge momentum going into the fight.

On the other hand, Kelvin Gastelum finally secured a win in his last fight after three consecutive losses. He beat a very tough opponent in Ian Heinisch by unanimous decision. But, he has not been in his element since his fight against Israel Adesanya. But, Gastelum can beat any UFC middleweights on his day and that’s the threat he brings into this fight.

Both Kelvin Gastelum and Robert Whittaker like to keep the fight on the feet and that’s how this fight is most likely to play out. Despite Gastelum’s wrestling background, it’s very unlikely that it will be a huge part of his game plan. Besides that, it’s extremely difficult to take down Robert Whittaker and control him on the ground.

On the feet, Robert Whittaker will have the advantage. He is faster and smarter than Gastelum when it comes to striking. Both Gastelum and Whittaker have KO power and durability to go five rounds at a high pace.

Read More: Everything you need to know about Robert Whittaker’s wife, Sofia Whittaker

It will come down to who is indeed the better fighter. It’s very unlikely for Gastelum or Whittaker to land a lucky punch and win this fight. Both of them can take an unbelievable amount of damage in a fight. And when it comes to skills, Whittaker is a better fighter than Gastelum.

Kelvin Gastelum has a boxing heavy approach while Whittaker’s attack is more versatile than Gastelum’s. Whittaker’s jabs are going to be crucial in this fight against a shorter opponent. His reach advantage will help him pick Gastelum apart with his kicks especially the oblique kicks.

This fight has the potential to become a barn burner and can go the distance. But, Whittaker is likely to get the job in the later rounds.