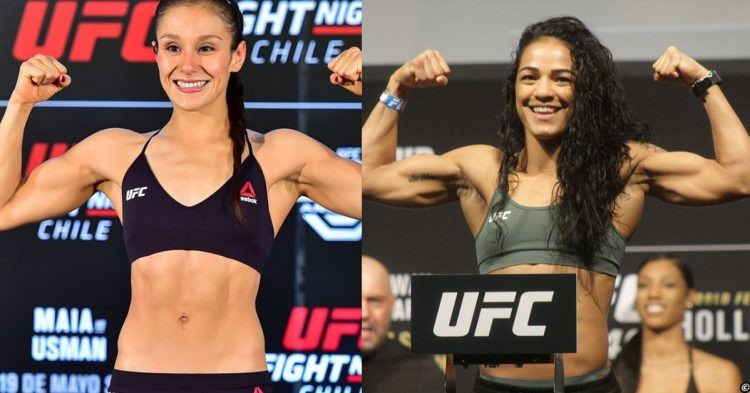 UFC Fight Night 211 will feature a Women’s flyweight fight between Alexa Grasso vs Viviane Araujo as the main event that will take place on October 16 at the UFC Apex.

This Fight Night is certainly not the most star-studded one but still, there are some great matchups to look forward to. One of them being the headliner, Grasso vs Araujo. According to UFC odds, Grasso seems to be the betting favorite. Grasso is currently ranked fifth in the women’s flyweight division while Araujo sits right above her at number six. A victory for either fighter could get them extremely close to the title shot. Grasso will certainly be riding high in confidence as she is coming off three consecutive wins and a first-round finish in her last fight.

Back like we never left 😤#UFCVegas62 goes down Saturday night on @ESPNPlus 📺 pic.twitter.com/OqkNnCzo27

Araujo on the other hand has a 3-2 record in her last five fights and is coming fresh off a unanimous decision win against Andrea Lee in May. Araujo is known for her heavy striking and high-level jiu-jitsu but isn’t too smart in managing her gas tank. In her last loss against Katlyn Chookagian, Araujo looked extremely tired by the second round itself and this will be her first five-round fight. She certainly has the ability to drop Grasso with her power but if Grasso decides to fight from the outside and take the fight deep, it could be a long and tiring night for Araujo.

As we move ahead, let’s compare the stats of the two flyweight contenders that will square off at the Apex this Saturday.

This certainly is an important fight for both of these flyweight contenders as a win will get them one step closer to the coveted flyweight belt. As for the fight this certainly is an interesting matchup, although Grasso is a heavy favorite but one can never count out Araujo considering her heavy striking technique and high level grappling.

In the end, a decision victory seems to be the most probable outcome for Grasso. As for Araujo, she would need to grind hard. A later round submission could be on the cards considering her jiu-jitsu credentials or a early Knockout is the way for her to win this fight and break into the top five in the women’s flyweight division.