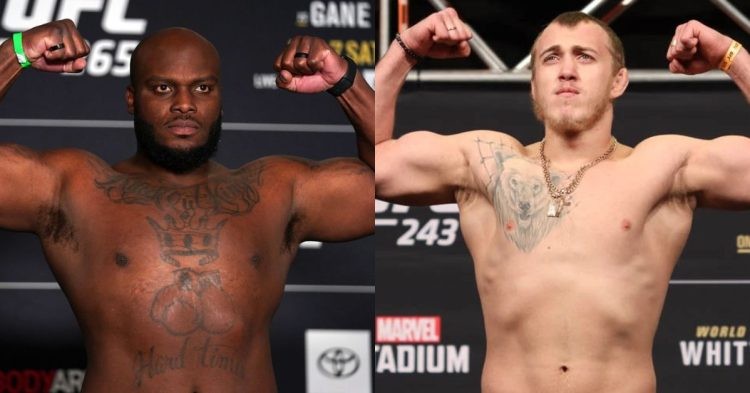 This weekend’s UFC Fight Night main event will feature a heavyweight bout. The bout is set between the fan-favourite, and one of the hardest hitters the UFC has ever seen, Derrick Lewis, and the number 12 ranked heavyweight, Sergey Spivak. The event will take place on November 20th in the UFC Apex.

Relatively one of the more star-studded cards when it comes to fight nights, the event is supposed to be a grappler vs striker match-up. Derrick Lewis is coming off of a streak of losses that involves back-to-back knockout losses to names like Tai Tuivasa, Ciryl Game, and Sergei Pavlovich.

Lewis has won two out of his last five fights. More recently, he has gained a reputation as a one hit wonder of the UFC. Spivak, on the other hand is strong in the department Lewis is not the best in, which is grappling. Spivak is known to be a fierce grappler, having won over names like Tai Tuivasa, Greg Hardy, and Augusto Sakai.

It would also be pertinent to mention that Spivak has won four out of his last fights, with the one loss coming to Tom Aspinall.

Spivak is obviously expected to take a grappling-heavy approach to avoid the risk posed by Lewis’s extraordinary punching power. We can also expect a relatively more dangerous Lewis considering he has lost his last two fights. He even told the media that he takes his losses really hard and he is going to put an end to his losing streak.

Spivak, however, is no novice on the ground. If the need comes, he can trade shots. Having won by knockout in his last two fights, Spivak is expected to have a newfound confidence in his stand-up game. It can play against him though, as trading shots with Derrick Lewis is a really risky game plan to try and execute.

Lewis is coming off of two losses and we have yet to see if the Texas native can make a turn at the age of 37. Spivak, on the other hand, has age on his side. Being 10 years younger than his opponent, and having a good ground-game makes Lewis a lucrative and tempting match-up for him.