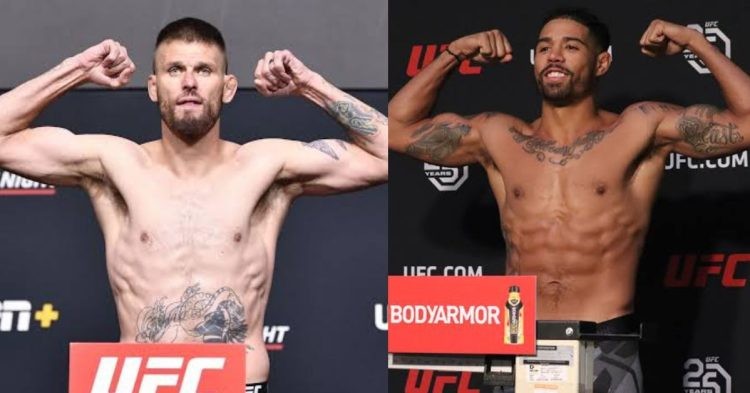 UFC Fight Night co-main event will feature a welterweight fight between Tim Means and Max Griffin that will take place on October 29 at the UFC Apex in Las Vegas.

Tim Means is one of the most experienced fighters in the welterweight division and has been fighting under the UFC banner for more than a decade. Means holds a professional record of 32-13-1(NC) and has an impressive 25 fights in the organization. Means is coming off a tough loss after three impressive wins He got submitted by Kevin Holland inside 2 rounds in his last outing earlier this year.

Max Griffin on the other hand holds a professional MMA record of 18-9 and made his UFC debut back in 2016. Similar to Means, Griffin also suffered a defeat in his last octagon appearance after winning three fights in a row. In a highly competitive fight, Griffin lost a split decision to current top 15 welterweight contender Neil Magny.

“He’s a durable guy with a lot of heart and gets in your face and fights you, I’m excited to fight Max and make it a violent fight. Once the cage door shuts, you have to find a reason not to like the guy across from you. So respect, but let’s get violent.” This is what Means had to say ahead of his 26th UFC appearance this Saturday.

With a 76″ reach, Griffin has a one-inch reach advantage while Means is the taller fighter. According to UFC stats, Means lands 5 significant strikes per minute while Griffin lands 4.4. Although Griffin falls short in volume, without a doubt his punches hold greater power. In his last fight, Griffin knocked down top welterweight contender Neil Magny on multiple occasions before losing a spit decision. Stylistically this should be a fast-paced fight with the fighter landing more accurate shots possibly emerging victorious.

Solely based on their last performances, Griffin comes into this fight as a betting favorite and might walk away with a unanimous or split decision victory.