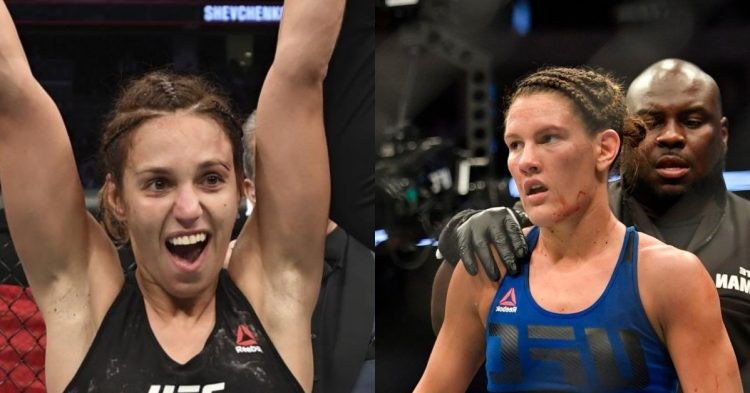 Antonina Shevchenko vs Cortney Casey will go down at UFC Vegas 58 this weekend. The women’s flyweight fight will be the co-main event of the preliminary portion of the event. Shevchenko is coming off two successive losses against Casey O’Neil and Andrea Lee. Cortney on the other hand beat Liana Jojua in her last fight.

Antonina, who is the sister of UFC great Valentina Shevchenko, has had a lacklustre run in the UFC so far. She earned her UFC contract by beating Jaymee Nievara at Dana White‘s Contender Series in 2018. Despite winning her main roster debut, Shevchenko has a record of 3-4 under the UFC umbrella so far.

Cortney Casey had her first UFC fight in 2015 against Joanne Calderwood. After losing both of her first two fights, Casey bounced back with two consecutive wins over Cristina Stanciu and Randa Markos. She has had 14 fights in the UFC and has a record of 6-8.

Antonina Shevchenko is a great Muay Thai fighter just like her sister Valentina. However, her transition to MMA has not been the most pleasant one so far. In her 7 main roster fights, She has been taken down 15 times so far. The 37-year-old has a takedown defence of only 52%. But her striking is much better. Antonina lands 3.89 strikes per minute and absorbs 3.05 strikes.

In order to win the bout, The 35-year-old has to get the fight to the ground. Despite having the same reach, Shevchenko will have the height advantage. Hence, she will look to land strikes on Casey from a distance. If Cortney does not find a way to shut it down, Shevchenko will get back to the winning column.