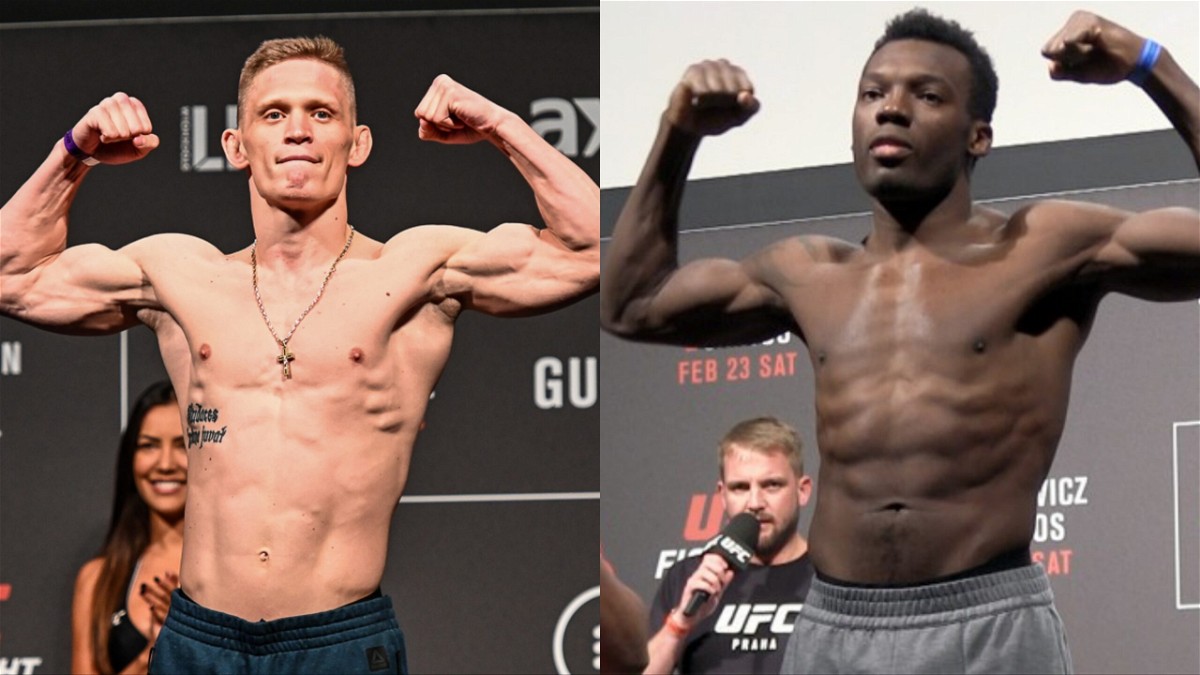 Dwight Grant will step inside the Octagon this Saturday to fight Sergey Khandozhko at UFC Vegas 52. The fight will take place in the welterweight division between the two unranked fighters.

‘The Body Snatcher‘, Dwight Grant was one of the first fighters to get into the UFC via Dana White’s Contender Series in 2018. But his debut in the company ended in a split decision defeat against Zak Ottow. He has had a total of 6 fights in the UFC with a record of 3-3.

His opponent Sergey Khandozhko came into the UFC in 2019. Sergey won his first fight in the UFC against Rostem Akman via unanimous decision. But his next fight against Rustam Khabilov did not go his way as Khandozhko lost via decision in the same year. He has been on the ice since then.

Here’s a comparison between the career stats of Dwight Grant and Sergey Khandozhko down below.

Dwight Grant is predominantly a stand-up fighter who uses his strikes offensively and his grappling defensively. He was already put on a few stunning performances in the UFC with his dynamic striking game. Grant won a $50,000 bonus for his knockout of Carlo Pedersoli Jr.

But Grant also has the tendency of getting hit which was evident by his loss against Daniel Rodriguez in 2020. Dispute hurting Daniel, Dwight could not take advantage of it and ended up getting knocked out himself. Sergey Khandozhko would look to exploit that.

Although Khandozhko is a lot younger than Grant, he is much more experienced in the sport. Nicknamed ‘Honda‘, Sergey is a dominant wrestler who has 7 victories in his career via submission. His striking is nothing to sneeze at either as he possesses 10 KO/TKO wins as well.

While the 37-year old is a purple belt in Jiu-Jitsu and has respectable grappling, his ground game is no match for Khandozhko. Plus Grant’s tendency to leave himself open to getting hit is also something that works to Sergey’s advantage as he has a mean kicking game.