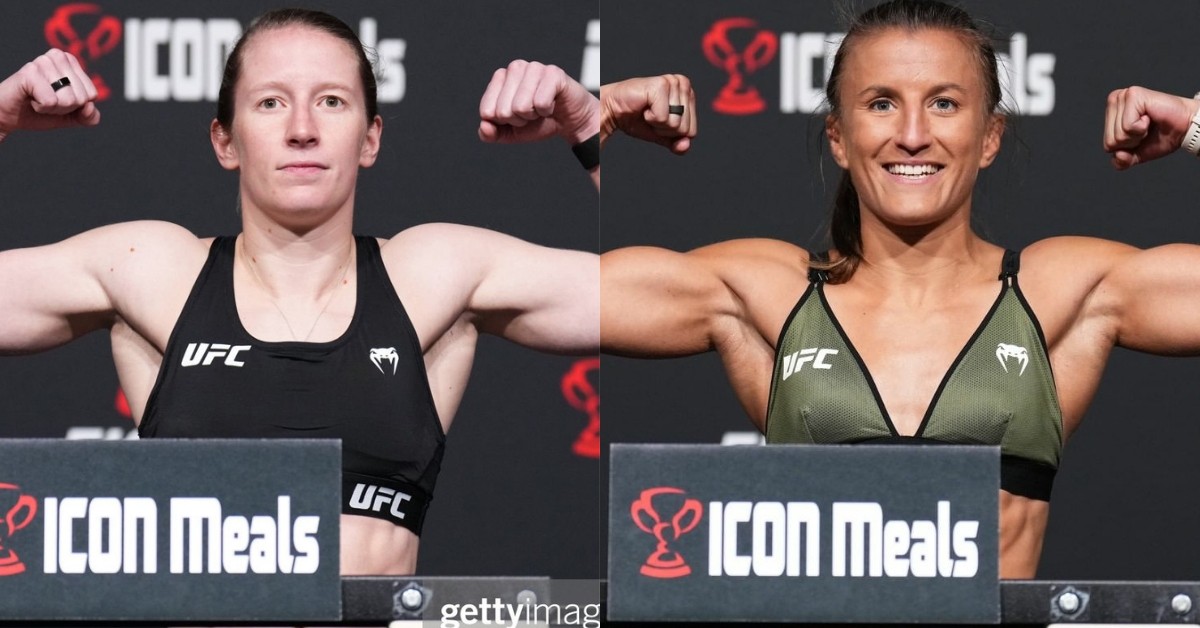 The prelims of UFC Fight Night: Holm vs Vieira will begin with its proceedings on May 21st at the Apex in Las Vegas. There are several exciting fights on the card that are sure to keep the viewers on the edge of their seats.

So let’s preview one such fight from the card that will entertain the fans watching this event. Elise Reed will kick off the prelims of this event against Sam Hughes in a three-round action in the women’s strawweight division.

Reed suffered a brutal knockout loss in her debut fight in 2021. However, she has bounced back strongly by picking up her first win against Cory McKenna. Whereas Sam Hughes would be breathing a sigh of relief as she enters this fight after grabbing her first win in four fights in the UFC.

She outclassed Istela Nunes via the majority decision to snap her three-fight losing streak. However, Hughes needs to do a lot more and secure a lot of wins in order to stay in the UFC. Going forward let us compare the stats of these two women strawweight contenders that will kick off the prelims of UFC Vegas 55.

Speaking about this matchup, both Elise Reed and Sam Hughes are extremely aggressive fighters. So fans can expect a relentless trading war throughout the entirety of the fight. With that being said, if we compare the strengths, then Elise Reed is much better on the feet than Sam Hughes.

Therefore we could see Hughes using her grappling skills on display and try to make this fight scrappy as much as possible. Because in a striking battle, Elise Reed’s movement and accuracy are exceptional.

In the end, fans can see this fight go to the distance as Elise has a good takedown defense and Hughes is extremely durable with good cardio. But if Sam fails to land any takedowns, then we can expect Elise to emerge victorious.