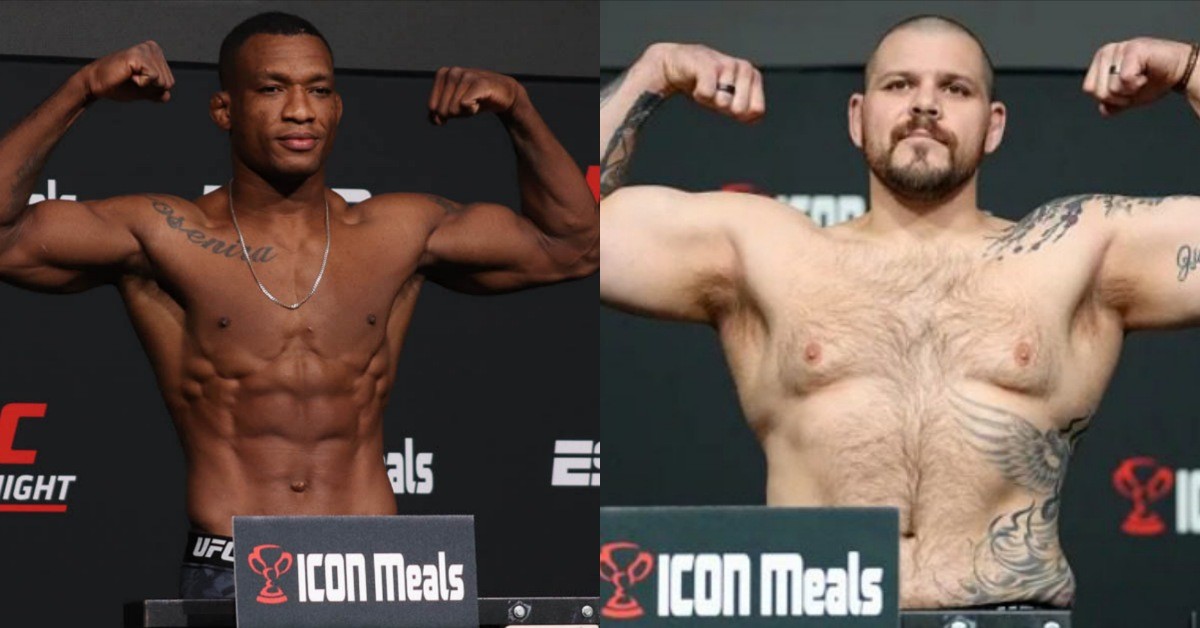 This weekend’s UFC Fight Night card will feature Holly Holm vs Ketlen Vieira in the headlining spot. But the card is full of exciting fights that fans can not skip. One such bout will take place on the preliminary card; between Jailton Almeida and Parker Porter in the heavyweight division.

Nicknamed Malhadinho, Jailton Almeida made his UFC debut this year itself. In February, Almeida took on Danilo Marques and win via TKO. Jailton took Marques down without much of a fuss and landed some vicious ground and pound until the referee waved off the bout.

His opponent this Saturday is going to be Parker Porter. Porter is a decent heavyweight fighter out of Hartford, Connecticut. Coming into the UFC, Parker had a record of 9-5. He had a forgettable debut in the UFC against Chris Daukaus. Daukaus won the fight via TKO. But since then, Parker has built up a good win streak of 3 fights where he defeated Josh Parisian, Chase Sherman and Alan Baudot.

Jailton Almeida is a very special fighter out of Brazil. Although made his UFC debut at 205lbs, he is moving up to his natural weight class. Standing at 6’3, He is not the tallest heavyweight, but from his fight style to his body shape everything resembles a true heavyweight fighter. Almeida is also one of the most skilled fighters in the division. Not only is he a high-level BJJ black belt, but he also has very good striking skills as well.

Parker Porter on the other hand is a well-rounded fighter himself. He has accumulated 5 knock out victories and 3 submission victories. But he is no match for Almeida’s ground skills. Hence, he will have to look for an early finish. Otherwise, Porter will look to keep his distance and try to outpoint the Brazilian.

But that does not seem likely as Jailton Almeida has a finishing rate of 100%. Among his 15 wins, Almeida has 9 submissions and 6 KO/TKOs. Hence, Parker Porter is outmatched in all aspects of the fight. However, he does possess the power to knock anybody out with a big punch. But the odds are heavily in favour of Almeida for this fight.