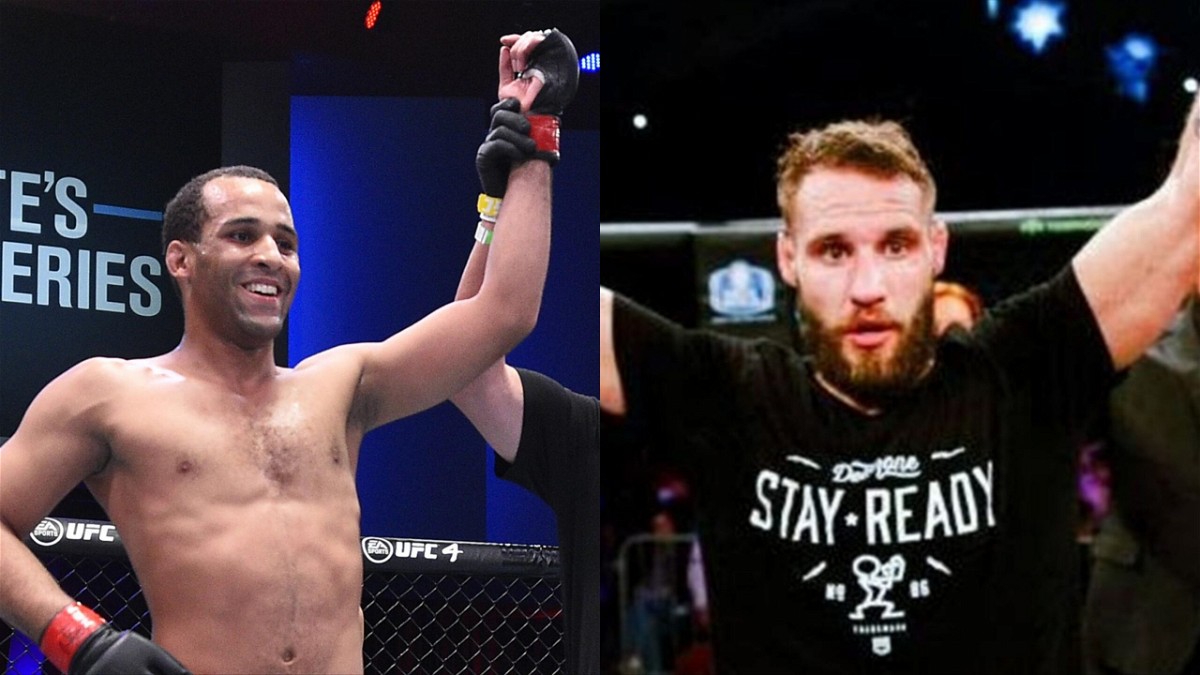 This week’s UFC Fight Night event will be headlined by Vicente Luque vs Belal Muhammad and it is set to go down in a matter of hours. Aside from the main event, the card also features a number of fights that potentially may end up being the ‘Fight of the night.’

“Fighting has definitely never been something that has made me nervous.”

Jordan Leavitt (@Jojo_MonkeyKing) walks us through the emotions of getting a new opponent on short-notice and his mentality ahead of #UFCVegas51 ????⬆️ pic.twitter.com/SeWZ3zKdMK

Nicknamed ‘The Monkey King’, Jordan is only 26-year old and was undefeated before joining the UFC. After getting into the promotion through Dana White’s Contender Series (DWCS), Leavitt made a great impression by getting a very rare slam KO. Although he lost to Claudio Puelles, Jordan bounced back with a submission win over Matt Sayles.

Trey Ogden steps in on short notice to battle @jojo_monkeyking in the @ufc‘s Octagon on April 16 ✍???? #TheDarkside pic.twitter.com/cSJfcTJwLI

Trey Ogden is currently on a 3 fight winning streak. The 32-year-old defeated J.J. Okanovich in his last fight in November of the last year at Fury Fighting Championship. He has previously fought in Bellator, LFA and Titan FC.

Jordan Leavitt and Trey Ogden both are specialist grapplers. Combined they have won 24 fights in their career and in 17 of them, they have managed to get a win via submission. While Ogden has 11 submissions to his credit, Leavitt has managed to secure 6 submissions and 1 KO so far.

As evident by the numbers mentioned above, both these fighters have a high percentage of finishing and primarily via submission. Although Jordan has knockout in his record, it was a product of aggressively trying to secure a takedown.

But Trey Ogden is a much better striker in comparison to his opponent this Saturday. In addition to that, he is much more of a seasoned campaigner as well. Hence, he will look to outpoint Leavitt instead of engaging in a grappling exchange.

Ogden does have a record of being submitted early in the fights. Jordan will try to take advantage of that and secure a takedown as soon as possible. Fans can expect an energetic first round with Jordan Leavitt spamming takedown attempts on Trey. If the fight goes past the first round, Ogden’s chances of winning are exponentially higher.