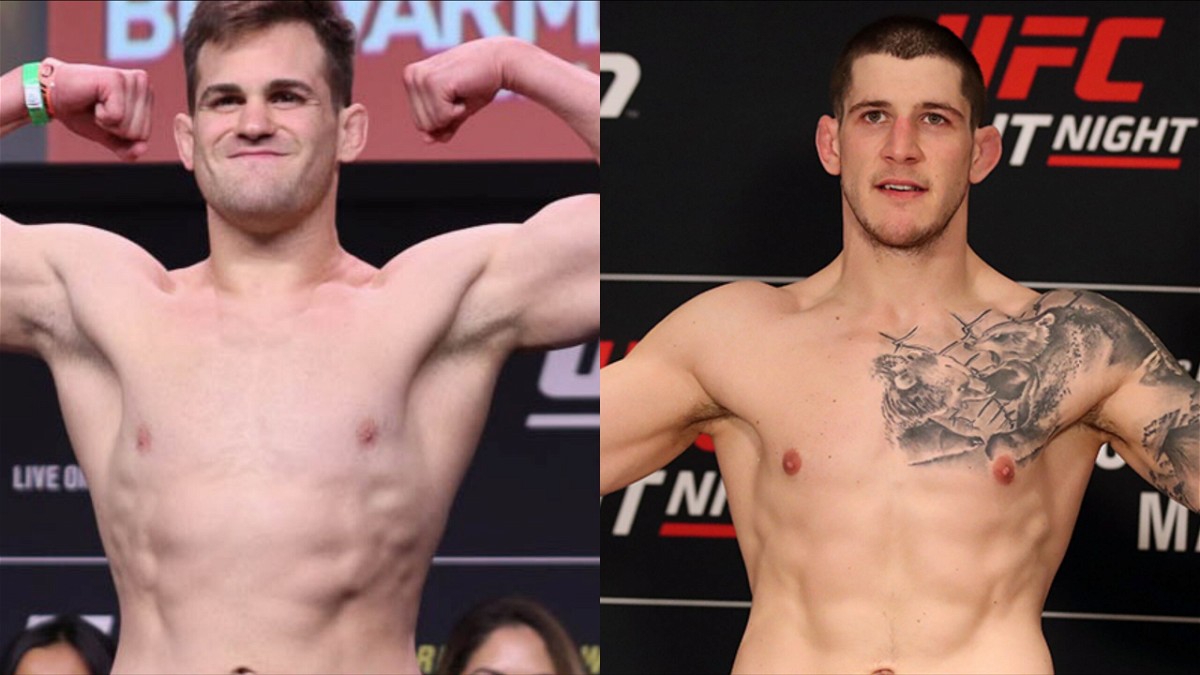 Jordan Wright will fight Marc-André Barriault in the prelims of UFC Vegas 52 this weekend. Although both fighters predominantly fight in the middleweight division, this bout will take place at a catchweight of 190lbs.

‘The Beverly Hills Ninja,’ Jason Wright has had a very rocky start to his UFC career. Since making his debut, Wright has altered wins and losses. He is coming off a loss against Bruno Silva at UFC 269 last year in December.

His opponent Marc-André Barriault also had a torrid time during his initial year in the UFC. He lost all three of his first UFC fights in 2019. But the ‘PowerBar’ did not turn things around afterwards by winning two back to back fights. However, things once again went downhill as Marc came up short against Chidi Njokuani in February.

How do Jordan Wright and Marc-Andre Barriault match up against each other? Here’s a comparison of their stats below.

The bout came about on short notice which did not allow either fighter to make the weight. However, Jordan Wright will clearly be the better fighter here. Wright did suffer a TKO loss last time around, but it will not stop him from starting the contest with his usual vigour.

Marc-Andre Barriault also uses pressure to his advantage. He constantly steps forward and forces his opponents into succumbing to his flurry of punches. The 32-year old also possesses insane cardio which makes him a very dangerous opponent to fight.

The 30-year old will clearly be the favourite to win the fight as he has more tools under his belt. The fans can expect a very exciting early few rounds which may result in being the ‘fight of the night.’