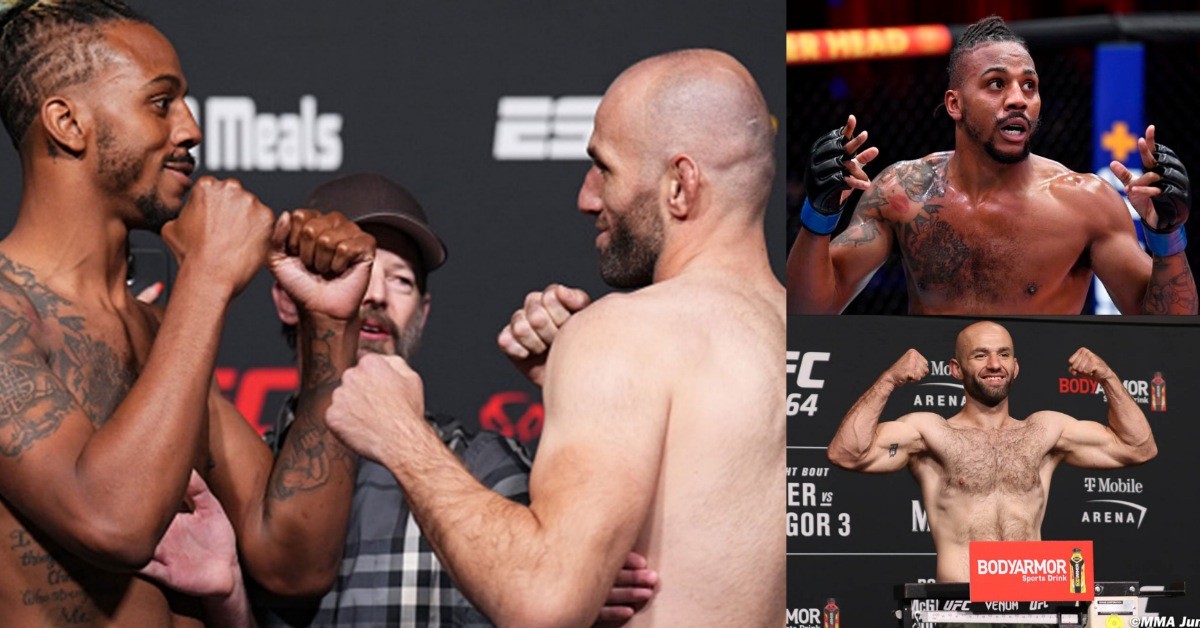 Joseph Holmes will fight Alen Amedovski in the UFC Fight Night event this weekend. The middleweight fight will be the headliner of the preliminary card. Both Holmes and Amedovski are fairly new to the promotion and they will look to leave a lasting impression on the fans.

Nicked Uglyman Joe, Joseph Holmes defeated Shonte Barnes at DW’s Contender Series in 2021. Despite getting a second-round submission win, he had to wait for his opportunity to fight in the UFC. But he lost to Jamie Pickett on his debut via unanimous decision.

Alen Amedovski came into the UFC as an undefeated prospect. Before joining the promotion, he had a brief stint in Bellator where he defeated Ibrahim Mane and Will Fleury. But the hype got derailed upon his UFC debut. He lost to Krzysztof Jotko via judges’ decision. But things got worse as John Phillips knocked him out in 2019.

Alen Amedovski has great power behind his punches. All of his 8 victories in his career came via KO/TKO. The Macedonian fighter has really good striking skills. As evident by his record, Alen has the power to his opponents’ lights out. But the 34-year-old has an uphill battle.

Following his KO loss to Philips, Amedovski took a break of 3 years. On top of that, he is fighting someone who is almost 10 years younger than him and much bigger in size. Joseph Holmes has a significant reach advantage over Alen. Due to his size, Holmes can easily circle around Amedovski and shoot for a takedown whenever the opportunity arrives.

Both fighters have a 100% finishing rate, while Alen Amedovski has finished all of his opponents as mentioned above, Joseph Holmes also has 5 submission wins and 2 KO/TKO victories out of his 7 wins. Hence the fans can expect a very exciting back and forth brawl and early finish.