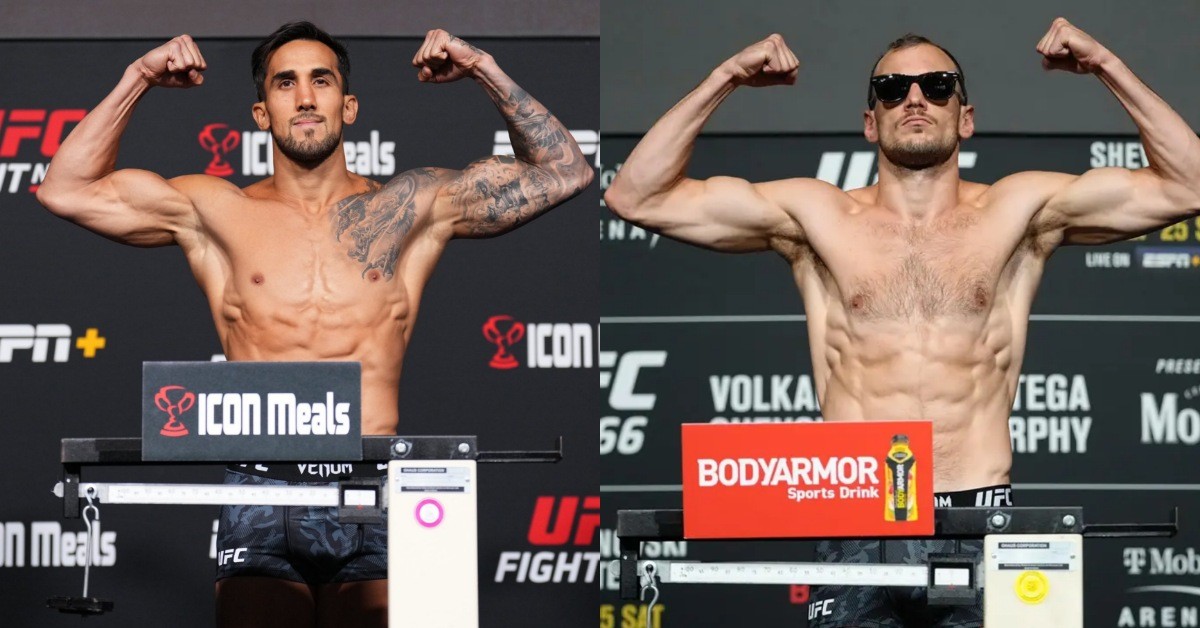 Omar Morales will step inside the Octagon to fight Uros Medic this weekend. The lightweight bout will take place in the prelims of the upcoming UFC Fight Night card. While Morales has fought in the UFC 4 times before, this will be Medic’s third foray into the Octagon.

Nicknamed Venezuelan Fighter, Omar Morales has jumped around two divisions in the UFC so far. He made his UFC debut at 155lbs against Dong Hyun Ma. He won the bout via unanimous decision and followed it up with another win against Gabriel Benítez.

But he decided to move down to the featherweight division afterwards. However, Omar did not find the desired success at 145lbs. While he won against Shane Young, Morales got outclassed by both Giga Chikadze and Jonathan Pearce. After spending 2 years at featherweight, Omar will move up to lightweight once more against Uros Medic.

Medic has a record of 1-1 in the UFC. Prior to joining the UFC, Uros appeared on the Contender Series. He had an impressive performance on the show against Mikey Gonzalez. Despite being 29, Medic is very early in his UFC career as he only made his pro debut in 2016. Hence, he is still evolving. The Serbian fighter was undefeated until his last bout against Jalin Turner.

Uros Medic is an explosive striker who possesses a great deal of power. Judging by career stats, the 29-year-old has 5 first-round finishes in his career. It just proves how hot he comes out of the gate. But aggression also has its cons as it takes a toll on cardio. It leaves him vulnerable for a takedown later.

Omar Morales may look to take advantage of that. He is not the quickest or the most explosive fighter in the division. Hence, the first round or two will be extremely one-sided. If he can survive the early onslaught, Morales will have a significantly higher chance of success.

Either way, It promises to be a very entertaining fight. The fans may get to witness an early finish. Medic leaves nothing in the gas tank during his fights. He lands an insane 10.53 significant shots per minute. It is amongst the highest in the UFC. But if he gasses out early, it will be a short night for Uros as Morales has 100% takedown accuracy.