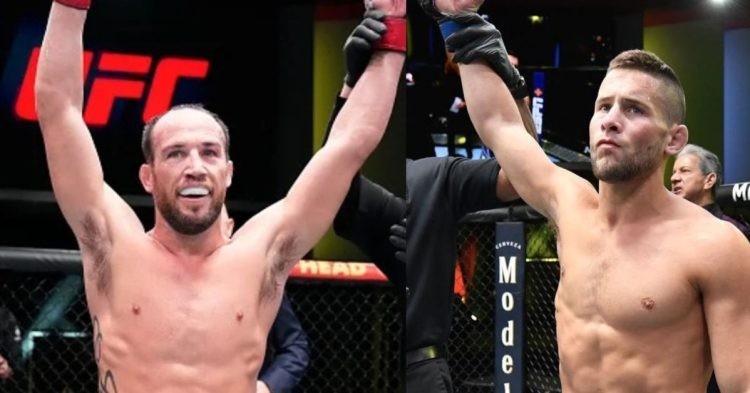 UFC Vegas 60 will feature a featherweight fight between Damon Jackson vs Pat Sabatini under the preliminary card that will take place on 18 September at the UFC Apex.

As we move ahead, let’s compare the stats of the two light heavyweight contenders that will square off at UFC 279.

Round one is probably gonna be a little bit of striking match but round two and three are the rounds where Sabatini is really going to start to put on the pressure. Sabatini also has an advantage in the volume and cardio department that can really be gamechanger towards the end of this fight. Round the could probably be the rounds where Sabatini really starts to focus on taking Jackson down and possibly find an opening for submission.

Striking wise Sabatini will try to throw volume and lane some big shots while Jackson will try to stand on the outside and and stay away from the pressure and volume of takedowns that Sabatini might attempt to point. The differentiator in Jackson’s game is his size and physicality. Jackson will be a few inches taller than Sabatini and he carries a larger frame. He’s a more physical wrestler, and he averages 2.47 takedowns per 15 minutes.

He’s also a black belt in jiu-jitsu, and has earned 15 submissions in his 21 career victories. Personally, I don’t see why Jackson can’t land a couple takedowns of his own and have some success in top position. Sabatini actually hasn’t lost in the UFC yet, and is riding a four-fight win streak in the promotion, coming off a decision win against TJ Laramie. He’s relentless with his takedowns, similar to Jackson, Sabatini also holds a black belt in jiu-jitsu.