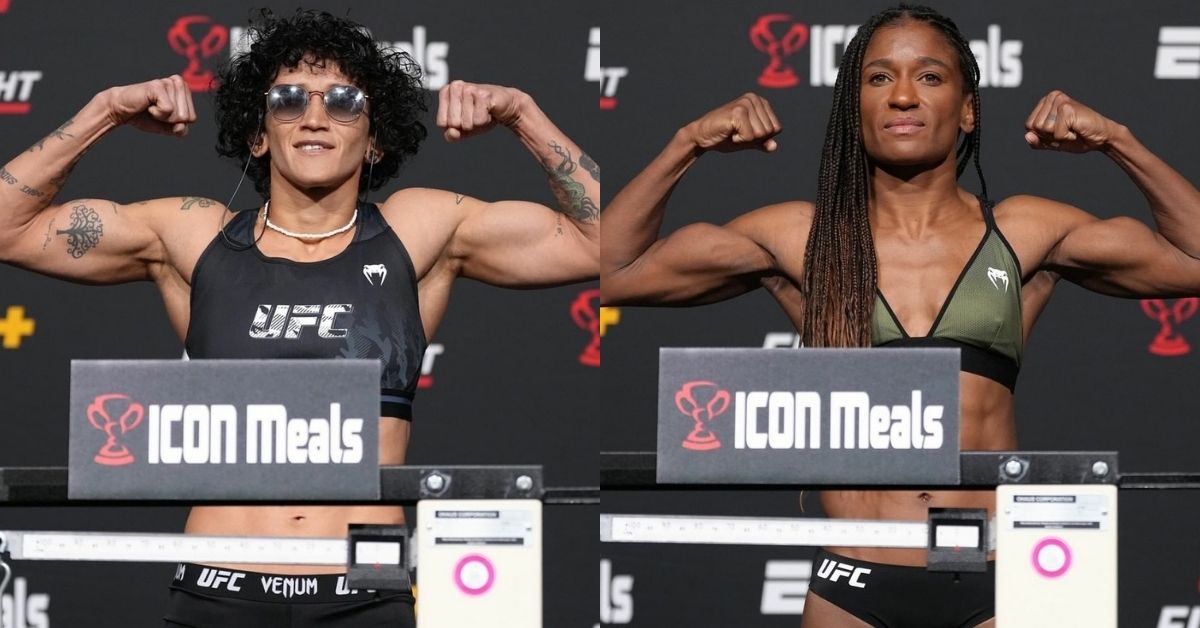 UFC Fight Night: Blachowicz vs Rakic will begin with its proceedings this weekend on May 16th at the Apex in Las Vegas. Subsequently, this event features an exciting women’s strawweight matchup between Virna Jandiroba and Angela Hill that would keep the viewers on the edge of their seats.

Speaking about this matchup, Virna Jandiroba who is currently ranked 12th in the division is on the back of a tough unanimous decision loss against Amanda Ribas. Just like Virna, Angela Hill also fell short in her last fight against Amanda Lemos. Despite their shortcomings in the last fight, these two straw weights have a sensational fighting style that is sure to entertain the audiences.

As we move forward, let us compare the stats of Hill and Jandiroba that will clash inside the octagon at UFC Vegas 54.

Before making her UFC debut, Virna Jandiroba was undefeated in her 14 fight MMA career. However, Carcara couldn’t emulate the same kind of domination in the UFC as she has lost three of her six fights in the promotion.

Regardless of her inconsistency, she is a dangerous opponent to square off against as Virna’s 14 out of 17 wins have come from either knockouts or submissions. With that being said, her gameplan for this fight would likely be to attempt to ragdoll Angela Hill on the ground and finish the bout via submission.

However, Jandiroba’s striking game is not as threatening as her ground game. Because of her low output of strikes and efficiency. On the other hand, Overkill has excellent striking skills. Hill’s cardio is remarkable which helps her push aggressively throughout the three rounds of the fight and land a lot of damage. Moreover, Angela’s ground game is also decent which could come in handy against a submission threat like Virna.

Therefore if Angela Hill manages to successfully defend the takedown attempts of Carcara then she would most likely outstrike her in a striking battle.