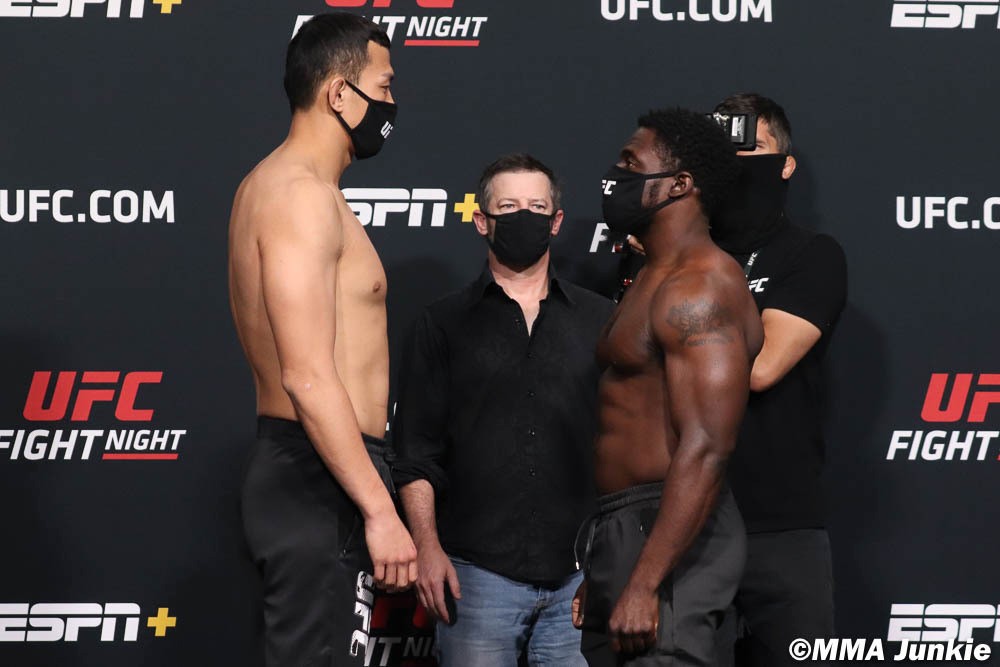 On a night of exciting fights headlined by Marvin Vettori and Kevin Holland, the UFC returns to the APEX for one of the final events before fans start filling in arenas again. With big names like Mike Perry and Sam Alvey on the undercard, it sure promises to be a good fight night. The prelims o ESPN and ESPN+ will feature a light heavyweight bout between William Knight and Da Un Jung.

Both Knight and Jung are on win streaks of 3 and 12 respectively with each looking to further their career in a division that recently has opened a lot of new doors. So before the cage door closes let’s have a look at how each fighter stands.

Representing the Korean Top Team, Jung is trying to bounce back from his draw against Sam Alvey on the undercard of UFC 254. The 27-year-old is a former Heat LHW Champion who has finishes in his last 7 victories.  He holds incredible power, something that was on display during his Standing Guillotine victory over Khadis Ibragimov. With a win over Knight, Jung could easily call out a top ten opponent and make his way to the ultimate goal, a shot at Jan Blachowicz.

William Knight at 5’10 is comparatively short for the LHW division, but he lacks in reach, he makes up for it with knock-out power. All but one of his bouts have ended in finishes. Holding a 7-1 record, he entered the UFC through the DWCS when he finished Cody Brundage with vicious ground and pound mid-round 2. Knight is the favorite in this bout and is hoping to reschedule his fight with Alonzo Menifield after this.

Both are relatively new to the UFC and with impressive performances so far, have secured their spot in the organization for now. This could help them let loose and give us an entertaining fight. Both fighters have a finishing rate of above 85% so we can expect someone to go lights out. Jung holds the power and chin to go toe to toe with Knight, someone who has been knocked in the past. Knight on the other hand seems extremely confident in his ability to finish Jung and is already campaigning for his next fight. Maybe he knows something we don’t.