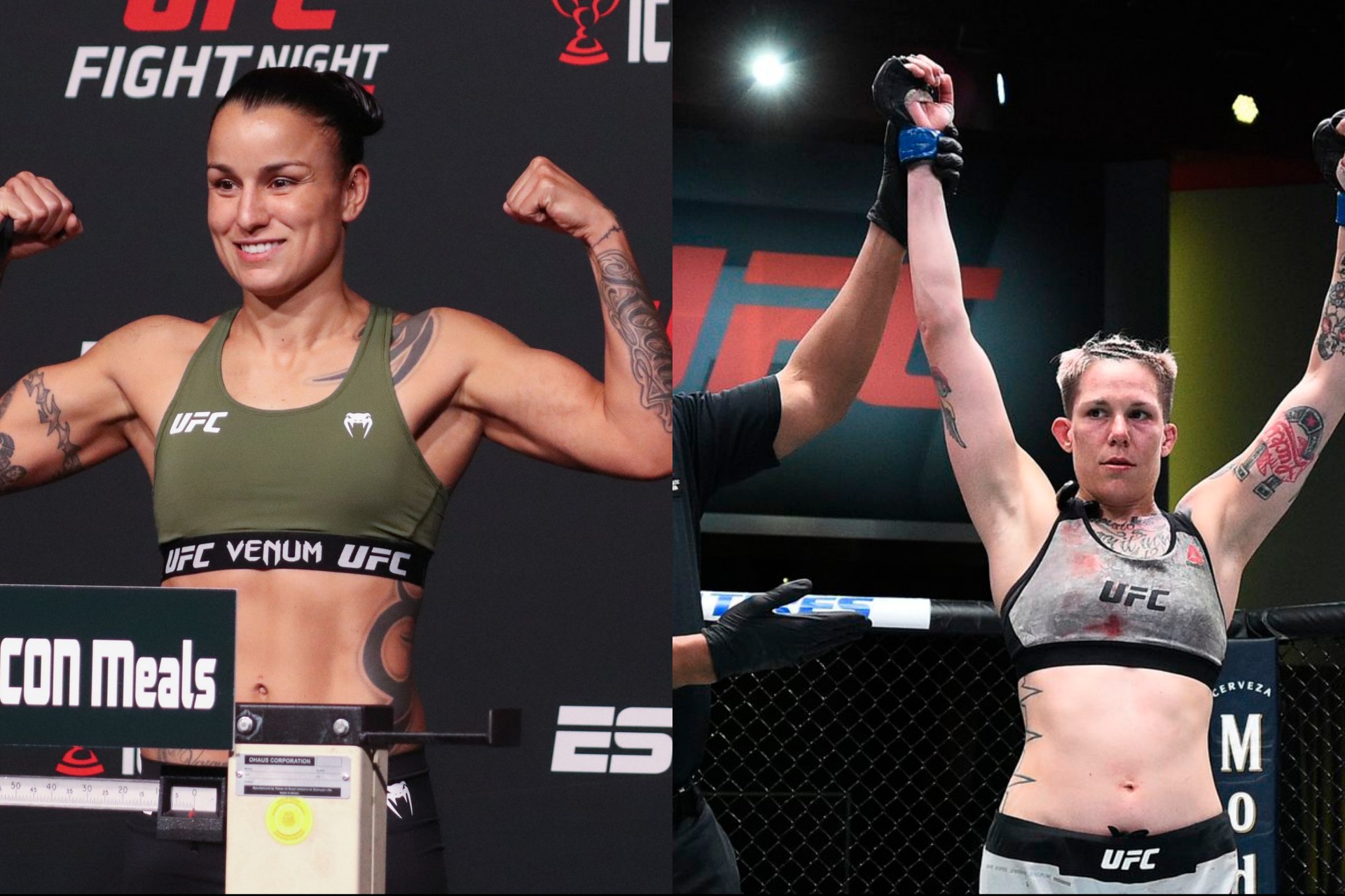 UFC heavyweights Derrick Lewis and Chris Daukaus will duke it out on the final fight card of 2021. The event will take place at the UFC Apex in Las Vegas. Being the last Fight Night 2021, the event is stacked with fights that are sure to please the hardcore of the fight fans. There are multiple fights on the card that will have implications on the title picture in the very near future.

The event is only a few hours away. And fans are excited to see the likes of Stephen Thompson, Angela Hill and Cub Swanson step into the octagon. Although the main card is filled with stars, the prelim fights of the event are not to be scoffed at either! Raquel Pennington is among the fighters who are scheduled to appear in the prelims.

The former UFC bantamweight title contender will take on Macy Chiasson in order to climb up the ranks and have the opportunity to fight for the strap once again. However, this fight will take place in the featherweight division

Raquel Pennington has had a long career in the Ultimate Fighting Championship (UFC). Since making her debut in 2013, The 33-year old has had 14 fights during her time in the organisation. She has 9 wins and 5 losses and the pinnacle of her career came when Raquel fought Amanda Nunes in 2018 for the bantamweight belt.

Her opponent tomorrow, Macy Chiasson has 9 fights in her career. Coming into the UFC, Macy had a record of 3 wins and 0 losses. The 30-year old has pretty much maintained a good record in the UFC organization as well. She has 5 wins in her 6 fights.

“I’m excited but I’m almost just very like chill this week because I’m just so on with everything.”

The fight will be at 145 lbs division. Hence, it presents an interesting opportunity for the women involved to fight for the championship as there aren’t any clear contenders in the division. Macy is incredibly well-rounded both on the mat and in striking. She is not afraid to let her punches go. However, Pennington has the problem of not letting her hands go.

The 15- minute contest indicates a higher pace and the more active fighter will have an upper hand. But with the potential implications of a potential title shot, both Pennington and Chiasson will engage in a higher volume fight which might favour the younger fighter.