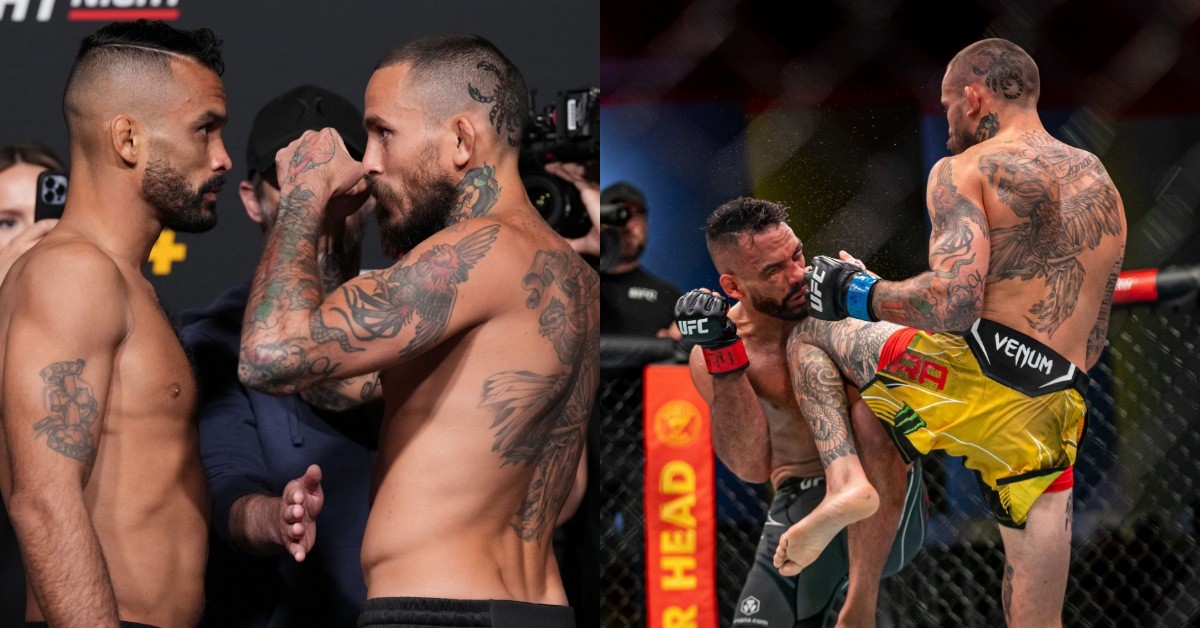 Rob Font just took on Marlon Vera in the main event of the April 30th UFC Fight Night card. While Font was positioned at no. 5 in the Bantamweight division, Vera was a couple of ranks below him at 8th. This was also a big occasion for Marlon Vera as it was the first time for him to feature in a UFC headliner.

‘Chito‘ did not waste any time as he started firing leg kicks from the offset. But Font did a good job in catching a few of those kicks and landed accurate jabs every time the gap closed. It made Vera hesitant to throw. Font also used his uppercuts and knees through the middle for the best of its effects. Vera had no answer for his fluid boxing in the first round. In a staggering stat, Rob landed about 100 strikes in the first round itself.

Font started round two with the same tempo. A beautiful combination of punches went through Vera’s defence in the early seconds of round two. However, the biggest moment of the round came when Chito dropped Font with only 20 seconds left in the clock with a big left hook. Unfortunately, he ran out of time as the buzzer seemingly saved Font.

Right at the beginning of the third round, it was evident that Rob had a change in strategies. He took Vera down early. Although he did not have much of a control time on the ground, it made his approach clear. Despite having a very good first 4 minutes and 50 seconds, he once again got by dropped by a vicious knee from Vera. Similar to the second round, the Ecuadorian fighter did not have the necessary time to put on the finishing touches.

This is your reminder that you kneed to be watching this fight ???? #UFCVegas53 pic.twitter.com/LitihM1s8U

Rob Font found himself on his back for the third time after eating another head kick which caught him by surprise. But shockingly, Vera did not want to follow on the ground while Font was down on his back.

Somehow we go the distance – who takes the W in this instant classic? #UFCVegas53 pic.twitter.com/bgO7i9pK6z

The urgency was evident from Font in the final round. He constantly pressed Vera back with his insane volume of punches. Although he landed almost double the number of strikes, Vera’s offence seemed to have much more power behind it. The lumps and bruises on Font’s face proved it.

The judges clearly valued damage more than the volume as two of them scored the fight 49-46 and one scored it 48-47, all in favour of Marlon Vera.

Marlon Vera wants to be the Bantamweight Champion!

After winning in his very first main event, Marlon Vera was understandably emotional as he was joined by his wife and kids in the Octagon. He spoke about how his hard work paid off after struggling in the early years of his career.

Vera stated that he wants to become the champion very soon and called out fighters ranked 4, 3 and 2 in his post-fight interview in the Octagon.

With the dominant win over Rob Font, Marlon may very well find himself standing across one of them in his next fight. He seemed relatively unscathed in the fight. Hence, it will not be surprising for him to have a quick turnaround.