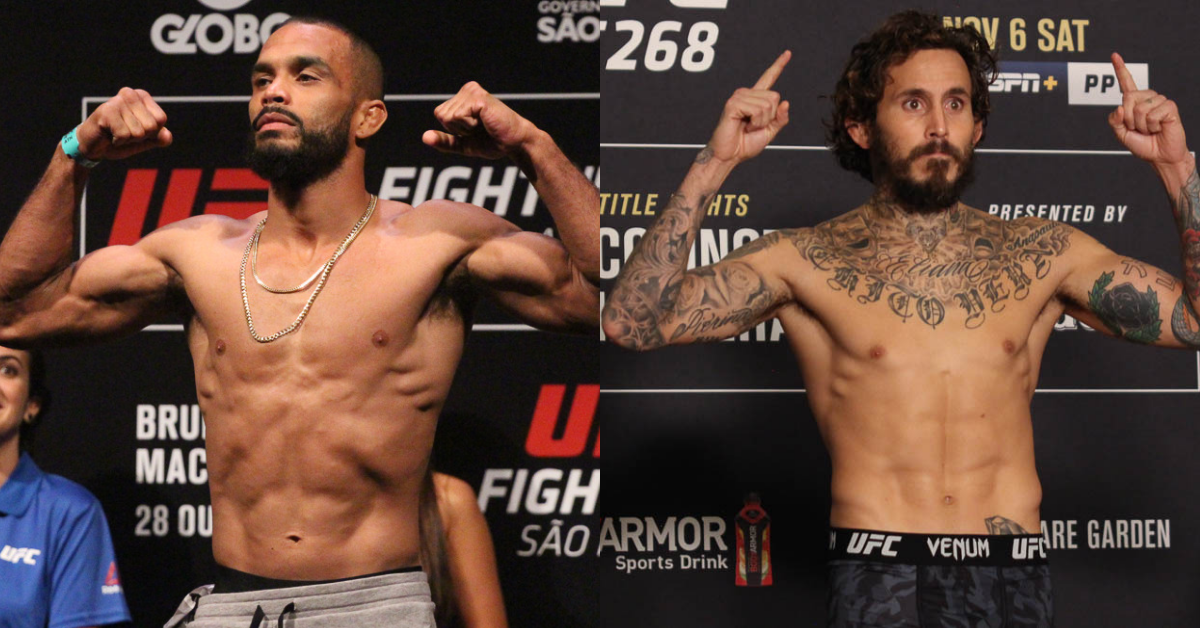 This weekend’s UFC Fight Night card will feature a Bantamweight bout between Rob Font and Marlon Vera in the main event. While Rob Font is currently ranked 5th in the 135lbs division, Vera is sitting at no. 8. Although there aren’t any titles on the line, the winner will surely be in a good position to become the no.1 contender for the belt.

Rob Font is coming off a defeat against Jose Aldo in his last fight. Although he was heavily favored to beat the former UFC 145lbs champion, Font ultimately came up short as Aldo got the judges’ nod. However, he will be motivated to push the loss behind him as Rob finds himself in another main event against a fellow rising contender.

Although Marlon ‘Chito‘ Vera has been in the UFC since 2014, he did not get noticed until the Sean O’Malley fight in 2020. Since beating Sean in a major upset, Vera has won 2 of his last 3 fights. He is currently on a two-fight win streak and Marlon’s last win came against Frankie Edgar with a vicious KO.

How do these two top bantamweight fighters match up against each other? Here is a comparison between their statistics.

Both Rob Font and Marlon Vera are amongst the elite strikers of the division. While Font has great boxing skills, Vera has some of the best kicks in the game. In both of his knockouts of O’Malley and Edgar, Vera’s kicking played a massive part.

But ignoring Font’s dynamic boxing will also be a foolish move. He outperformed Cody Garbrandt throughout the course of a 5 round fight. The 34-year-old also holds a knockout victory over Marlon Moraes. Font also has a good range of kicks in his arsenal. He knocked out Thomas Almeida via a head kick.

Whenever two dominant strikers meet in the cage, the focus always shifts to who has the better grappling? In this case, Chito Vera is a black belt in BJJ (Brazilian Jiu-Jitsu). He also has 7 submission victories in his career. Although on paper, Font’s skills may not match up to the 29-year-old’s, he has submitted 4 of his opponents as well.

In another interesting piece of trivia, neither fighter has ever suffered KO/TKO loss in their respective careers. While Rob was submitted by Pedro Munhoz early in his career, Marlon Vera has never been finished throughout his run.

Although it is not much, Font will have the reach advantage. He may look to stand on the outside and focus on landing a volume of punches instead of trying to hit Vera with a power shot. Similarly, Marlon may finally decide to use his superior grappling skills to his advantage.

As evident all by the statistics mentioned above, it is very hard to predict who will have the upper hand. However, the momentum will be on Chito’s side as he is on a winning streak. But Font did quite well against Aldo on the feet. Hence, it will be interesting to see how both fighters approach the fight. Fans can expect an entertaining fight that goes the distance.