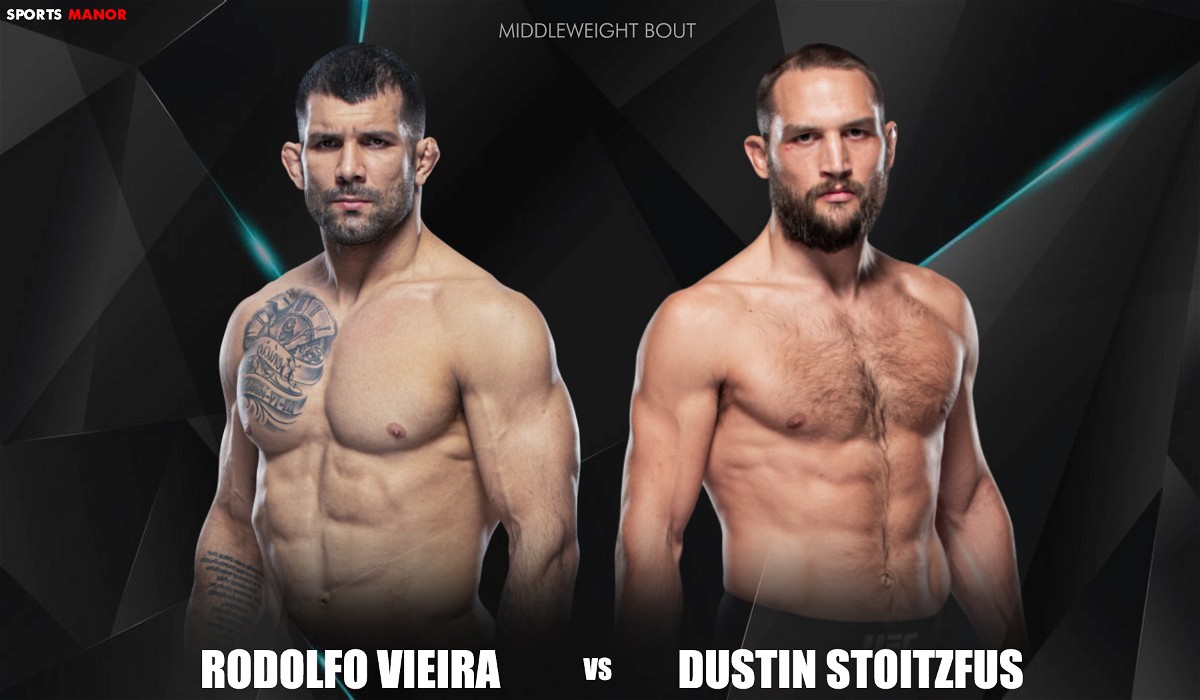 Rodolfo Vieira returns to the Octagon this weekend in an attempt to jump back to the winning column against an equally dangerous Dustin Stoltzfus who will look to right the wrongs after a disappointing UFC debut.

Ahead of what promises to be an exciting match-up, here’s taking a look at both the fighters to come to a reasonable conclusion on who gets his hand raised this weekend when both Rodolfo Vieira and Dustin Stoltzfus share the Octagon this weekend.

Both the fighters are relatively new to the world of mixed martial arts, however, Vieira carries more experience in combat sports. A renowned BJJ practitioner, Vieira has a nasty ground game. Meanwhile, Stoltzfus is no novice either and relies heavily on his submission skills as well just like his opponent.

As seen from his last fights, Vieira has been able to submit his opponents mostly in the first round, using his strength and submission skills to the most advantage.

However, that wasn’t the case against Anthony Hernandez who made Vieira work on his feet, with the BJJ ace going into the second round a lot tired than expected from a UFC mixed martial artist. Vieira paid the price for it, losing the fight via submission.

Meanwhile, Dustin Stoltzfus, coming in the back of a 10 fight winning streak, failed to deliver in his UFC debut, losing the bout via unanimous decision against Kyle Daukaus.

When both these fighters square off against each other this weekend, a lot will depend on Vieira’s cardio. However, as a veteran of BJJ, it’s safe to say that weight cut issues could have a lot to do with the Brazilian fighter getting fatigued.

While Dustin is equally tough and boasts of a solid ground game, we expect Rodolfo Vieira to make the necessary adjustments and triumph over the young prospect this weekend at UFC APEX.

However, we believe this time around it could be via stoppage considering Vieira carried huge power in his hands, and keep his opponent second-guessing his game plan because of his nasty ground game.