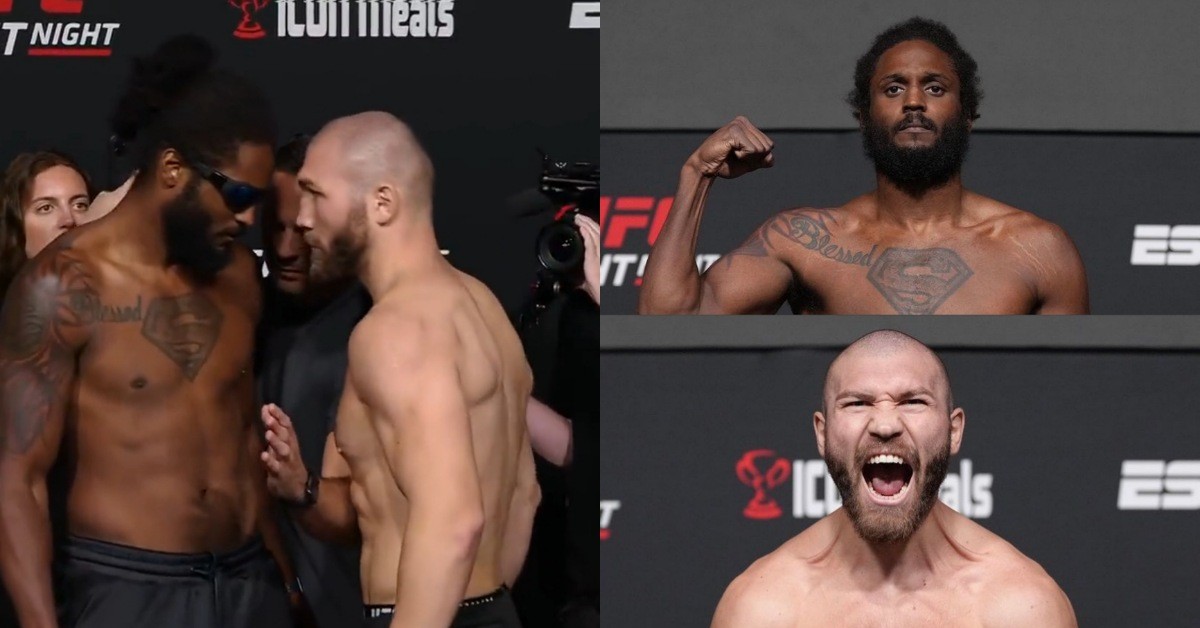 Ryan Spann will fight Ion Cutelaba in the co-main event of the upcoming UFC Fight Night. The card will feature Jan Blachowicz vs Aleksandar Rakic as headlining bout on May 14th.

Nicknamed ‘Superman,’ Ryan Spann is coming off a loss against Anthony Smith in September of last year. He had a lot of hype behind him ahead of that hype. However, he failed to leave a mark as Smith submitted him in the very round. Spann has only won 1 of his last 3 fights.

Ion Cutelaba is one of the most exciting fighters in the 205lbs division. Although he is coming off a win against Devin Clark, Ion has only 1 victory in his last 4 bouts. Hence, he will be looking to continue his newfound form and get back into the Top 15 of the division.

Ryan Spann is currently ranked 13th in the 205lbs division. He had a terrific start to his UFC career. After choking out Emiliano Sordi on Dana White’s Contender Series, Spann went on to win 4 fights in a row. It included a win over veteran Antônio Rogério Nogueira. Although he has great power in his hands, grappling is his bread and butter. Spann has 5 knockout wins and 11 submission wins in his career.

Ion Cutelaba on the other hand is a very good stand up fighter. He is capable of getting extraordinary finishes in the Octagon. Ion brutally knocked out Khalil Rountree Jr in 2019. He has 12 KOs in his career so far. But Cutelaba has a glaring hole in his game.

Despite having 2 submission wins, Ion was found lacking whenever he went up against good grapplers. He was submitted by both Glover Teixeira and Misha Cirkunov. It makes Ryan Spann a dangerous opponent for him. Spann also has big height and reach advantages over Cutelaba, which will be handy while looking for submissions.

But there comes the brilliance of matchmaking. Ryan Spann has a tendency of getting into wild brawls. During his fight against Johnny Walker, Spann was knocked out as a result of his carelessness. It provides a great opportunity for Ion Cutelaba to take advantage of that.