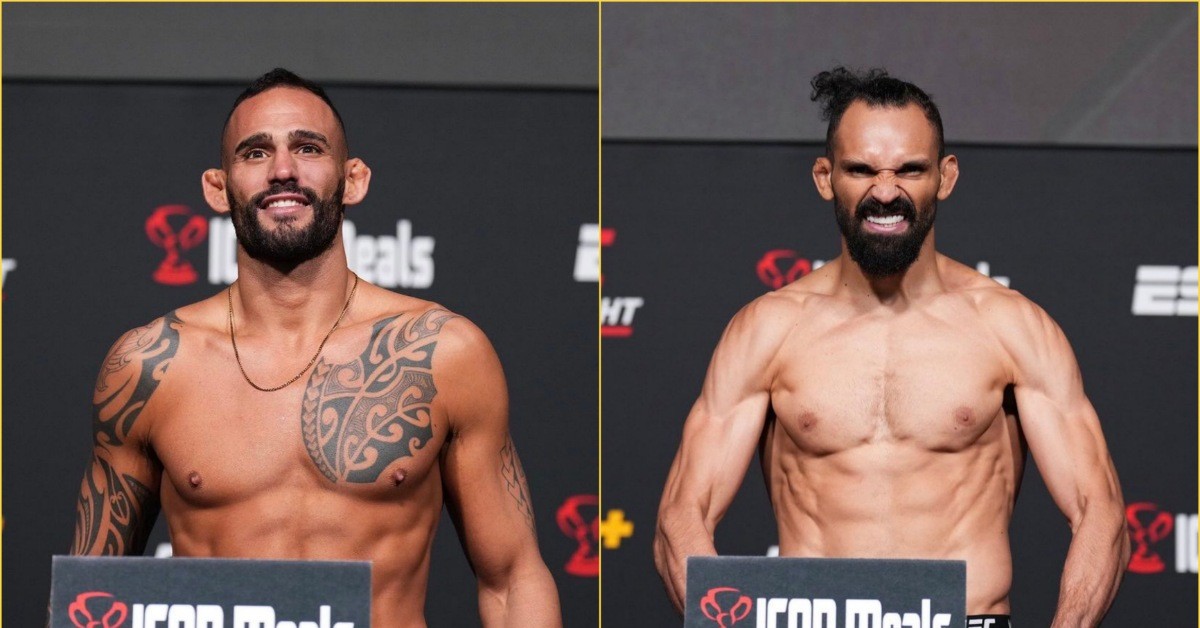 This weekend’s UFC Fight Night will feature Santiago Ponzinibbio vs Michel Pereira in the co-main. The card is set to be headlined by a Women’s Bantamweight fight between Holly Holm and Ketlen Vieira. The winner will most likely fight for the belt next.

Santiago Ponzinibbio made his UFC debut all the way back in 2013. From 2013 to 2018, the Argentine had a record of 9-2. He had notable victories over Mike Perry, Gunnar Nelson and Neil Magny. However, he had a long layoff of 3 years since then. He suffered a devastating knockout loss at the hands of Li Jingliang. Although he bounced back against Miguel Baeza, Santiago once fell short in the following fight against Geoff Neal.

All smiles ahead of this absolute 𝐁𝐀𝐍𝐆𝐄𝐑 😁@SPonzinibbioMMA vs @UFCPereira is set for tomorrow’s co-main event!

Michel Pereira is currently on a 4 fight win streak. His last victory came against André Fialho in at January at UFC 270. After beating Danny Roberts with a flying knee on his UFC debut, Pereira lost 2 fights back to back. Retrospectively, he should have won both of those.

In his first UFC loss, Michel danced around and did a lot of backflips to distract Tristan Connelly. But he ended up getting tired and Connelly outsmarted him for a decision victory. Against Diego Sanchez, Pereira landed an illegal knee that got him disqualified.

Despite his initial crowd-pleasing antics, Michel Pereira has managed to reign in some of his wildness. He has been much more conservative in his approach and it has reflected positively in his results. But will he be able to get the job done against Santiago Ponzinibbio?

Ponzinibbio is currently ranked no. 13 in the welterweight division. Although he has had a few setbacks in recent times, the 35-year-old is still a very credible opponent. A win over him will validate Pereira’s legitimacy. But it certainly will not be an easy feat to achieve.

Training out of American Top Team, Santiago is a black belt in BJJ. But he is more potent as a striker. He has 15 KO/TKO wins and 6 victories via submission. Whereas Michel Pereira has 10 KO/TKO wins and 7 wins through submission. Hence, they are both well-matched in all departments. But interestingly, Pereira only has 1 loss via KO as opposed to Ponzinibbio’s 3.

The audience can expect a fight that is filled with big spots. Will Santiago be able to cope with Pereira’s pressure? Although Ponzinibbio has more experience at this level, he is not getting any younger. A new, hungry fighter in the form of Michel Pereira may just get the better of the veteran to break into the Top 15 of the division.